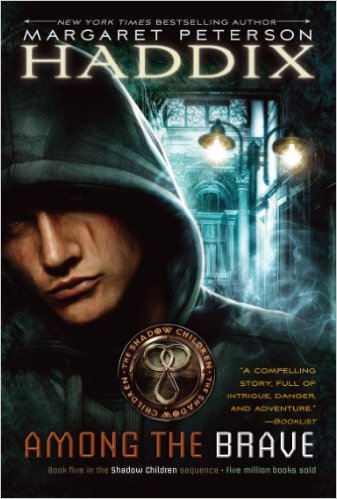 Among the Brave by Margaret Peterson Haddix (Shadow Children, Book 5)

Trey may have saved Luke’s life, but he still thinks of himself as a coward who can barely stand to be outdoors. Now Trey finds out Luke has been taken prisoner at Population Police headquarters. Trey is terrified, but he knows that if he doesn’t rescue his friend, no one will.

At police headquarters, Trey impersonates an officer to try getting to Luke. But just when it looks like he’s close, Trey suddenly finds himself in danger of exposing not just himself but all shadow children.-Goodreads 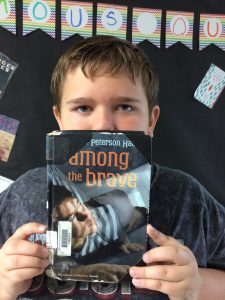 Five Stars. it kept me on my feet trey was all over the place and i couldnt help to feel woried or happy at some points. i think the author couldn’t do any better i like how trey had looked up to lee and now its the other way around.

im wanting to finish the series.

“your in charge of 1 hundred lives”