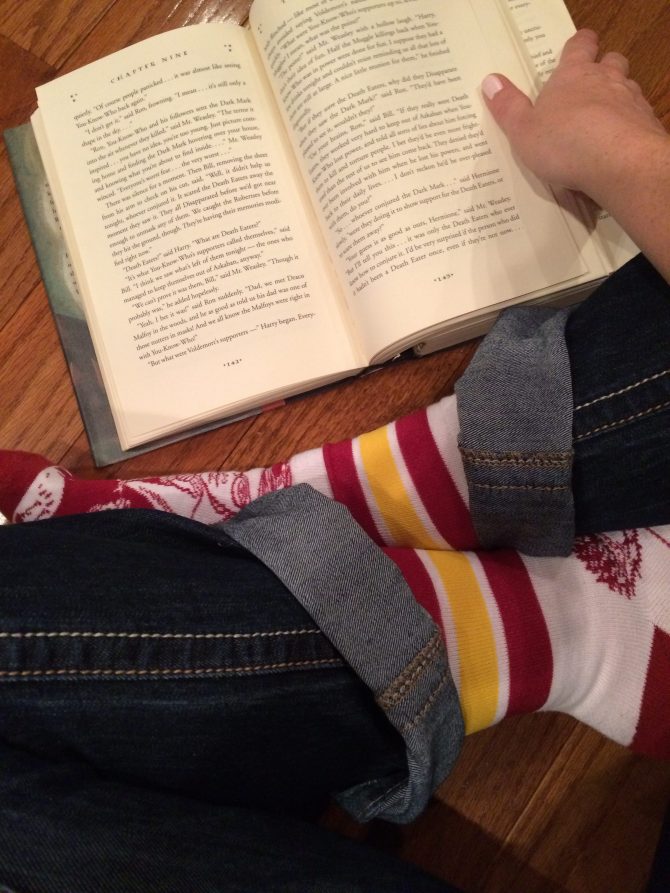 Harry Potter is midway through both his training as a wizard and his coming of age. Harry wants to get away from the pernicious Dursleys and go to the International Quidditch Cup with Hermione, Ron, and the Weasleys. He wants to dream about Cho Chang, his crush (and maybe do more than dream). He wants to find out about the mysterious event that supposed to take place at Hogwarts this year, an event involving two other rival schools of magic, and a competition that hasn’t happened for hundreds of years. He wants to be a normal, fourteen-year-old wizard. But unfortunately for Harry Potter, he’s not normal – even by wizarding standards.
And in his case, different can be deadly. –Goodreads

My goal is to re-read one Harry Potter book a month. I usually re-read the series every few years, but I usually don’t make it all the way through the series. For one reason or another, I get distracted in my reading and don’t finish the series. I have not read the 4th-7th as many times as I’ve read the first 3, so I am making it a goal to get through this series this time! I really do love the later books, I am really not sure why I don’t re-read them as often!

Like I mentioned earlier, it has been awhile since I’ve read the later books completely through. I am so glad I am rereading and sticking with finishing the entire series. This book was amazing. I think JK Rowling was full of words of wisdom and just had to share for everyone. We could all learn from the message she showed in this book and the words that she wrote through her characters. What a powerful book and a huge turning point in the series as a whole. Fantastic!