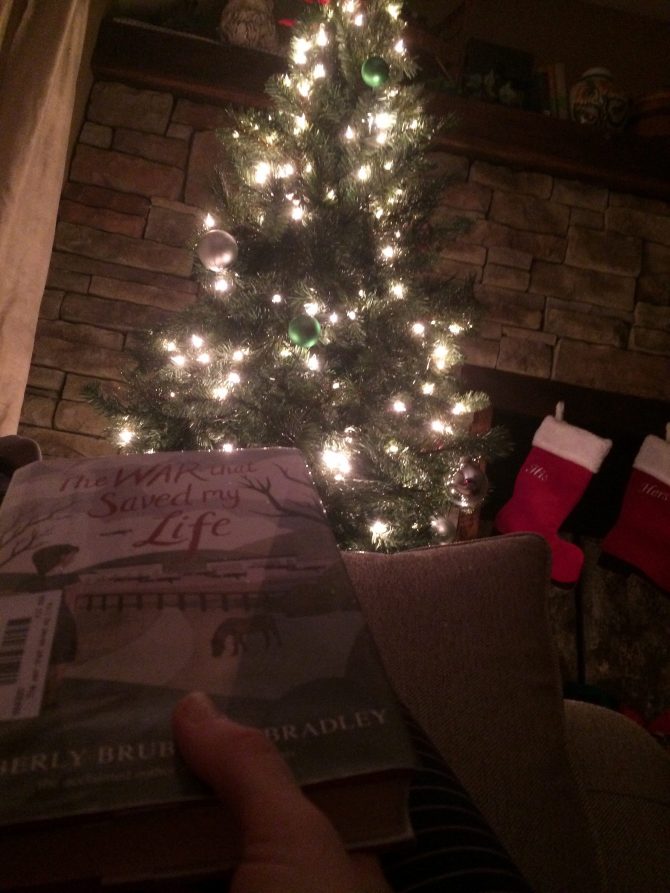 The War That Saved My Life by Kimbert Brubaker Bradley

An exceptionally moving story of triumph against all odds set during World War 2, from the acclaimed author of Jefferson’s Sons and for fans of Number the Stars.

Nine-year-old Ada has never left her one-room apartment. Her mother is too humiliated by Ada’s twisted foot to let her outside. So when her little brother Jamie is shipped out of London to escape the war, Ada doesn’t waste a minute—she sneaks out to join him.

So begins a new adventure of Ada, and for Susan Smith, the woman who is forced to take the two kids in. As Ada teaches herself to ride a pony, learns to read, and watches for German spies, she begins to trust Susan—and Susan begins to love Ada and Jamie. But in the end, will their bond be enough to hold them together through wartime? Or will Ada and her brother fall back into the cruel hands of their mother?

This masterful work of historical fiction is equal parts adventure and a moving tale of family and identity—a classic in the making. –Goodreads

Why I Chose This Book

I remember seeing this book several times-once on Instagram, another on a website, and then the last was when a student read it in class. One of my favorite genres is historical fiction and I especially enjoy books set in World War II. This book is both, so I knew I would have to read it.

I loved this book. I gave it FOUR STARS and am really glad I read it. It ended up being about something very unexpected. Typical World War II books focus on the Holocaust or the soldiers. Very rarely do these books focus on children who lived in London. I didn’t read the summary on this book beforehand and I didn’t look closely on the cover. I was pleasantly surprised when, within the first few pages, I realized the main character was not what I expected.

The only reason I gave this book four stars and not five is that I was not fully convinced of the characer Mam. She wasn’t as developed as I would have liked and wasn’t entirely believable. However, maybe with some research on crippled children and poverty, I could  be convinced of her cruelty.

I recommend this book to all historical fiction lovers.  This is a fantastic read and a must-read. Let me know what you think.

Thoughts: Maybe He Just Likes You by Barbara Dee
I am sitting on my back deck with my cup…