Ten Series I’ve Been Meaning to Start, but Haven’t

Hosted by the Broke and the Bookish 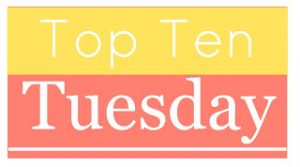 I have a ridiculous TBR pile, 935 books, and in it are several series that I have wanted to read, but haven’t. Year after year, my students tell me I have to read these series. I really should get to reading them!

1. Percy Jackson and the Olympians by Rick Riordan

This really includes any series by Riordan, but I have to start here. My students LOVE his books. I have read the first book, The Lightning Thief, but I stopped there.

2.  The Inheritance Cycle by Christopher Paolini

This book is right up my ally, and I’m not quite sure why I’ve procrastinated reading it. I mean, fantasy, dragons, and adventure? I did finally buy a copy If the first book, Eragon, and it’s sitting on my nightstand…so it’s a good possibility I will start this series soon.

3. The Young Elites by Marie Lu

I have heard really good things about this series and this author. I have two series of hers in this list actually. This is a dystopian book about Adelina, a girl who survived the blood fever and has now discovered she has a powerful gift. This sounds like an intense novel about survival, revenge, and changing the world. 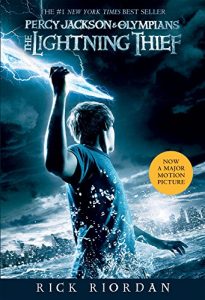 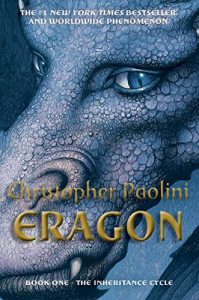 This is the other series by Lu that I want to read. It’s another dystopian novel, my favorite genre, about two boys from different places in society whose paths cross after one’s brother is killed. There is a twist that uncovers their nations secrets. It sounds interesting!

This series was recommended by one of my students a couple of years ago and I remember that he could not stop talking about these books during our book talks! It sounds like a wonderful adventure book and I love books with puzzles and challenges that the reader can participate in as well.

This series has been on my list for a really long time and I think the reason I haven’t gotten to it is because it reminds me of other dystopian books such as Hunger Games and Divergent. I LOVED Hunger Games, was disappointed with Divergent, and am afraid this will be a letdown too. My students love this series though. 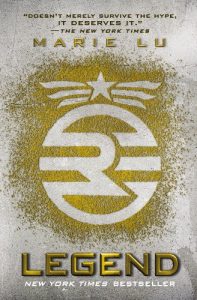 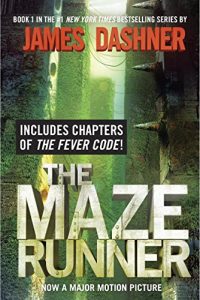 This is a very popular series and usually my students have read it in previous years and want to reread. They are shorter books, less than 200 pages each, and I have the series in my classroom library, so it shouldn’t be a problem to read them. This series is another dystopian world where third children are forbidden. Luke is one of them and has been hidden away and when he meets another like him, he must decide if he wants to come out of the shadows.

I actually learned about this book from another teacher. She loved the series and highly recommends it. I need to read it so I can better recommend to my students. The synopsis describes the book as both hilarious and an adventure to return the stolen sword of King Arthur, Excalibur.

I know it said series you haven’t started, but I am going to include a series I have started but didn’t finish. I have read the first two books of this series about the orphaned Baudelaire children who are trying to escape from Count Olaf who wants their fortune. Snicket has a unique writing style that is humorous and descriptive. I really enjoyed the first two books and need to finish the rest. There is also a great series in Netflix that was made, but I refuse to watch ahead of the books.

I had to include a graphic novel in my top ten list. This book was recommended by several students. It’s about a brother and sister who go into another world full of demons, robots, and talking animals. 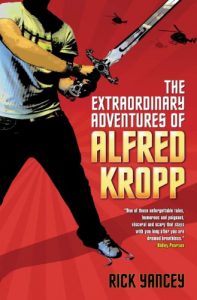 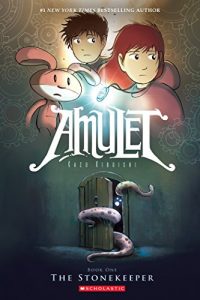