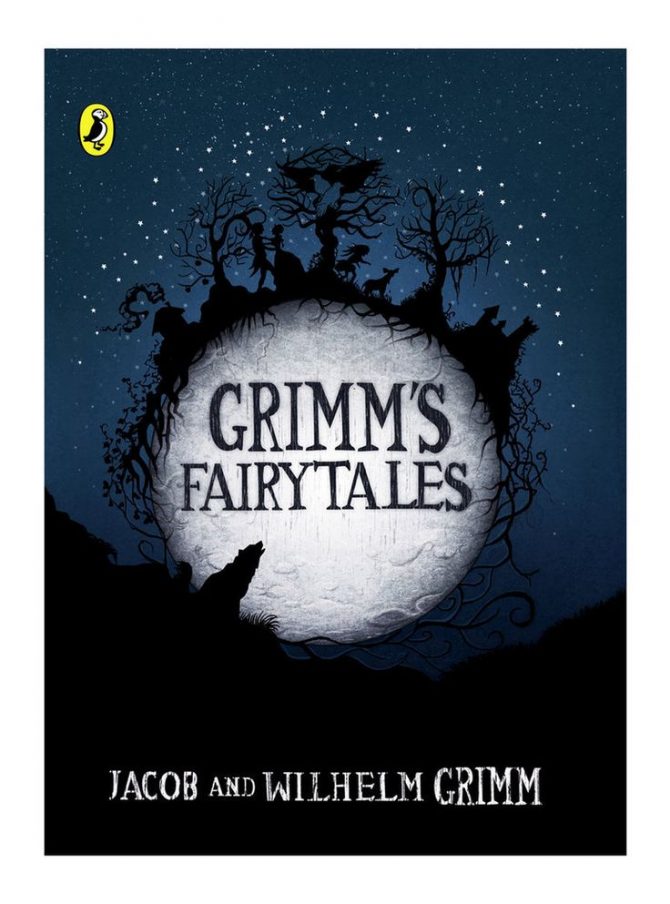 One of my groups read Grimm’s Fairy Tales. Here are their thoughts!

JB: We were wandering through the library and we coudn’t find anything in the miscellaneous. So we went to the classics

JB: I think these were modified

CA: So that they could be read by kids

SC: I liked the one, I don’t know what’s called, I think it’s the Princess and the Lion and it was where the girl went and found the lion because her father had to give the daughter to the lion or he would die.

AM: It’s called the Lady and the Lion

SC: So she went and after they were married-the lion-

AM: He was an enchanted prince

SC: He turned into a dove because he touched fire light. I liked it because it was a cool story of lost love.

JB: My favorite story was Tom Thumb and I liked it because it was like this little man who was super cocky and adventurous and these robbers were trying to steal money from his dad. He was like, yeah, I’ll get it back, they took him (he sold himself to them)-he was a little man about the size of your thumb-he went into the stomach of a cow and a wolf got him and ate him out of the cow and the wolf died

JB: He had all his money

AM: Mine was also the Lady and the Lion. I don’t know, it told you that the lady was willing to do anything just to get her husband back. It was cool

CA: I liked Tom Thumb for the same reasons that Jason did.

Why Did the Author Write These Stories

JB: It said at the back of the book, it said that they wrote them for their son that died at birth and they never got to tell them to him.

SC: What you put out will come back in-karma

JB: Where there is downhill there will be an uphill

SC: Be careful what you wish for

JB: 2.5 because it was repetitive and you knew what was going to happen

Your thoughts on the Grimm’s Fairytales?

Book Discussion: Stormbreaker
One of my book club groups, Three Meme-ateers, finished the…