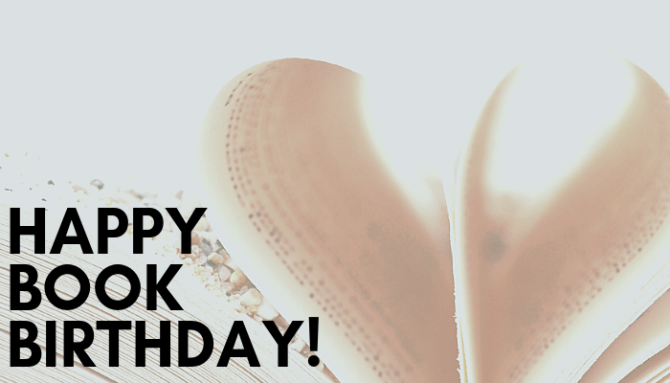 The Lit Review Crew is happy to celebrate some wonderful books being released today! If these aren’t on your radar yet, they need to be.

First up is Spinner of Dreams by K.A. Reynolds. This is one of my favorite reads from this summer, and probably from the entire year. I was immediately drawn in and devoured this book. I could not put it down. I think it was because of my strong connection with the main character and the descriptive and poetic language. I really do not know for certain, but I know I was enchanted.

Inventive, empathetic, and strange in all the best ways, The Spinner of Dreams draws from the author’s own experiences to create a story that feels timeless and universal. As she did in her debut The Land of Yesterday, K. A. Reynolds thoughtfully explores mental health and crafts an adventure that fits right alongside middle grade classics like The Phantom Tollbooth.
Annalise Meriwether—though kind, smart, and curious—is terribly lonely.
Cursed at birth by the devious Fate Spinner, Annalise has always lived a solitary life with her loving parents. She does her best to ignore the cruel townsfolk of her desolate town—but the black mark on her hand won’t be ignored.
Not when the monster living within it, which seems to have an agenda of its own, grows more unpredictable each day.
There’s only one way for Annalise to rid herself of her curse: to enter the Labyrinth of Fate and Dreams and defeat the Fate Spinner. So despite her anxiety, Annalise sets out to undo the curse that’s defined her—and to show the world, and herself, exactly who she is inside.

Another great Middle Grade novel that definitely made an impact on me is Dough Boys by Paula Chase. Anything that Paula Chase writes or has written, I will read because I know that I will meet authentic characters who face tough situations.

In the companion to her acclaimed So Done, Paula Chase follows best friends Simp and Rollie as their friendship is threatened by the pressures of basketball, upcoming auditions, middle school, and their growing involvement in the local drug ring.
Dough Boys is a memorably vivid story about the complex friendship between two African American boys whose lives are heading down very different paths. For fans of Jason Reynolds’s Ghost and Rebecca Stead’s Goodbye Stranger.
Deontae “Simp” Wright has big plans for his future. Plans that involve basketball, his best friend, Rollie, and making enough money to get his mom and four younger brothers out of the Cove, their low-income housing project.
Long term, this means the NBA. Short term, it means being a dough boy—getting paid to play lookout and eventually moving up the rungs of the neighborhood drug operation with Rollie as his partner.
Roland “Rollie” Matthews used to love playing basketball. He loved the rhythm of the game, how he came up with his best drumbeats after running up and down the court. But playing with the elite team comes with extra, illegal responsibilities, and Rollie isn’t sure he’s down for that life. The new talented-and-gifted program, where Rollie has a chance to audition for a real-life go-go band, seems like the perfect excuse to stop being a dough boy. But how can he abandon his best friend?
Paula Chase explores universal themes of friendship and budding romance, while also exploring complex issues that affect many young teens. Full of basketball, friendship, and daily life in a housing project, this universal story is perfect for fans of Jason Reynolds’s Track series, Jewell Parker Rhodes’s Ghost Boys, and Chris Crutcher.

There are also two picture books that are being released today. Check them out!

Join Pepe as he celebrates his Mexican-American heritage by participating in a Hispanic Day parade. Children will delight in seeing many Hispanic cultures proudly honored in this joyous picture book.

Pepe wakes up energized to attend his first Hispanic Day parade. With new food to taste, music to dance to, and a parade to watch, Pepe couldn’t be more excited to celebrate and share his Hispanic heritage. Many of Pepe’s friends also attend the festival, celebrating their own Hispanic ties. Mexican, Dominican, Panamanian, Colombian, Honduran, Nicaraguan, Chilean, Puerto Rican, Salvadoran, Guatemalan, and Cuban cultures are all represented in the parade. A day filled with joy and pride, Pepe and the Parade is a jubilant celebration of culture and identity.

With Spanish words effortlessly included throughout, this title is a great introduction to the Spanish language. A glossary of Spanish words, complete with English translations, and an educational author’s note provide useful tools for further learning and discussion.

A twisted fairy tale about a king and queen who wish for a child of their own . . . and end up with a baby goat. Perfect for readers of Children Make Terrible Pets and Wolfie the Bunny.

Once upon a time, a very prim and proper king and queen begged their fairy godmother for a child. They’d prefer a boy, with glowing skin, bright eyes, and two roses for lips . . . but any kid will do. When they find themselves gifted with a baby goat (also known as a kid) instead, they can’t imagine how he’ll fit into their lives. But of course, it isn’t long before he’s part of the royal family.

Readers will delight in this story’s hilarity, confusion, and celebration of families that come in every shape and size.

“A fresh, amusing, kindhearted picture book.”–Booklist, Starred review
“With its gentle morals of acceptance, not judging by appearances, and being open to outcomes different than expectations, this is a lovely family read-aloud.”–Kirkus
“The contrast between the royal couple’s once-ordered existence and the cheerful mess at book’s end is very funny, and the message about acceptance and the expanded definition of family is a bonus.”–Horn Book

If you pick up any of these books, please let me know your thoughts! I hope you enjoy them as much as I did.