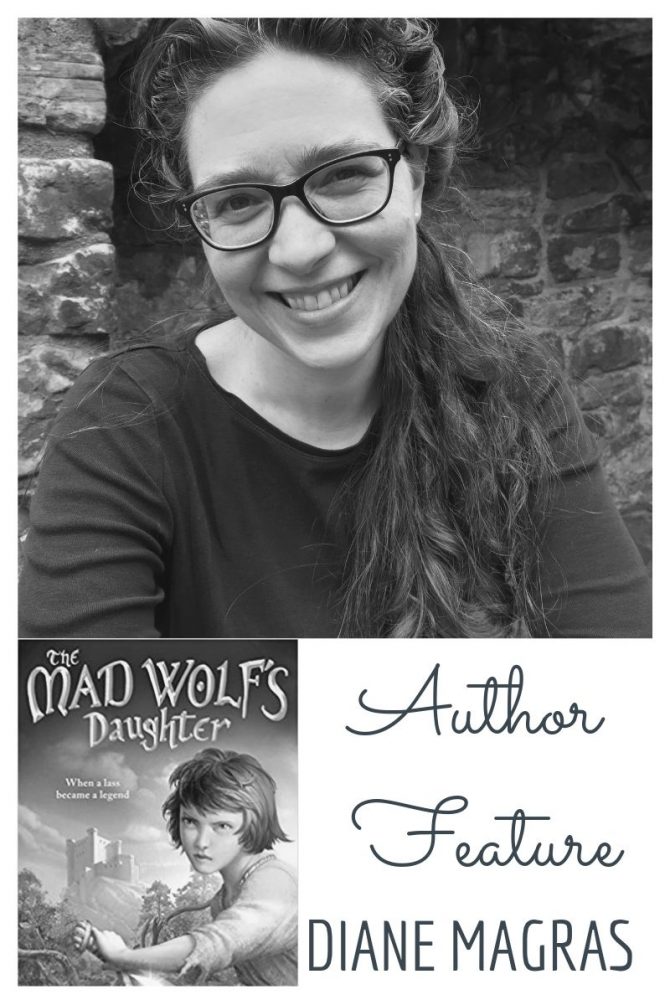 I’m part of a wonderful group called the Electric Eighteens, all YA and MG authors whose YA or MG debuted in 2018. We’ve supported each other ever since 2017 when we were preparing for our debuts, and it’s been an incredible community.

The British author Philip Reeve’s upper middle grade novel Here Lies Arthur seems little-known in the U.S. It’s a brilliant story of who King Arthur might really have been, told from the perspective of a girl who rides with his war-band. It’s vivid historical fiction with a lot of drama, action, and incredibly descriptive writing.

I write middle grade, and I know that kids in the age of my readership are incredibly smart and perceptive. So I don’t think of it so much as making demands on them as meeting them where they are. But when I write, I think about them, and I know it’s my responsibility to write things that will introduce new thoughts, entertain, and always tell the truth. A lot of writers say that they write lies, but I think of it differently: I tell the truth in ways that we sometimes can’t in everyday real life.

Definitely a crow: the most brilliant and creative of birds!

The Mad Wolf’s Daughter is a book that’s been in the back of my mind for a long time. When I was a kid, I loved reading action-adventures set in the times of knights and castles. But girls were always flat characters just put there to be rescued. And I didn’t want to be rescued when I was a kid; I wanted to be the knight. Years passed. I wrote literary fiction, then adult historicals, and didn’t really try to get published; I just wrote for fun. And then I was reading middle grade books to keep up with with my son, quite the third grade avid reader, and realized that I loved what he was reading more than anything I was writing. I told myself to write what I wanted most to write, and began The Mad Wolf’s Daughter in June 2015. After several rewrites, constant obsessing, and a few big tweaks, I signed with my agent in April 2016. In June 2016, I received an offer from my editor. And then…the process of MORE revisions! Not too much, actually, though I rewrote Tig’s character, switched around some scenes, and edited down extra words that didn’t need to be there. In the summer of 2017, I gave feedback to the cover art. And then, March 2018, it was published.

While I was editing my first book, I was writing my second. And after March 2018, while doing appearances, including bookstore and school visits, I was rewriting my second. I ended up whipping through quite a rewrite in two weeks to come up with the final manuscript. I cut many scenes that I loved (including a rescue where Drest climbs a castle wall and carries down a lady!), but I knew what I had to do to really bring the story together. Then, more cover art consultations, and it was published in March 2019. I was quite honored the following month when The Mad Wolf’s Daughter won my home state’s Lupine Award, which Maine gives annually to one book that a committee deems the best juvenile fiction set in Maine or by a Maine or Maine-born author.

Here’s a bit of Emerick’s advice from The Mad Wolf’s Daughter: “Sometimes words alone can save your life.”

And from The Hunt from the Mad Wolf’s Daughter, from Drest: “Is it not a fine thing to be different from what people expect of you?”

That’s really hard. I’m not Drest’s equal when it comes to physical activity, but I believe very strongly in many of the things she believes in, and I’ll stand up for my family and friends. Like Emerick, I sometimes doubt my ability to do what I feel I need to, and, like him, I try. And like Tig, I didn’t have a lot of friends when I was his age, but, like him, found telling stories (in my case, by writing them) to be a good way to be myself and be happy.

It’s essential to read widely within your market, even books that are unlike books that you write (so read realistic fiction if you write fantasy, and vice-versa). We can always learn from someone else’s stellar work, or at least expand our perspectives by paying attention to theirs.

I think it’s also essential, when writing, to just get words on a page. Sometimes your words will seem to be the worst words you’ve ever strung together, but that’s all right: Once they’re down, you can revise. And knowing that revision will always be an option is hugely liberating.

What advice would you give the readers of this interview?

Believe in yourself. No matter what you’re told you should be, you know more than anyone who you should be, and what it means to be a good person. Be that person.

Thank you Diane for this insightful and beautiful interview. I loved reading The Mad Wolf’s Daughter and look forward to diving into the sequel!

Follow Diane on Twitter and Instagram and don’t forget to check out her two books in the Mad Wolf’s Daughter series! You will love the adventure she takes you on in this book.

You can also stay up to date on her writing and books at her website: www.dianemagras.com.