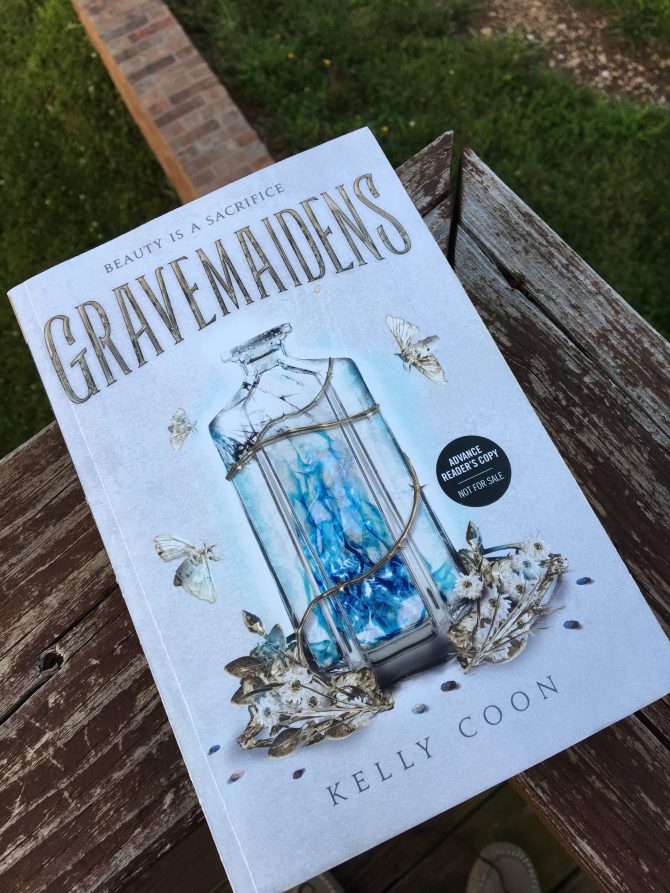 The start of a fierce fantasy duology about three maidens who are chosen for their land’s greatest honor…and one girl determined to save her sister from the grave.

In the walled city-state of Alu, Kammani wants nothing more than to become the accomplished healer her father used to be before her family was cast out of their privileged life in shame.

When Alu’s ruler falls deathly ill, Kammani’s beautiful little sister, Nanaea, is chosen as one of three sacred maidens to join him in the afterlife. It’s an honor. A tradition. And Nanaea believes it is her chance to live an even grander life than the one that was stolen from her.

But Kammani sees the selection for what it really is—a death sentence.

Desperate to save her sister, Kammani schemes her way into the palace to heal the ruler. There she discovers more danger lurking in the sand-stone corridors than she could have ever imagined and that her own life—and heart—are at stake. But Kammani will stop at nothing to dig up the palace’s buried secrets even if it means sacrificing everything…including herself.

This book is beautiful inside and out. If you are a fun of fantasy books that feature strong female leads, this book is for you. I absolutely loved watching Kammani grow throughout the book. I also enjoyed the mystery and found myself on edge of the seat the entire book, flipping pages as fast as I could so I would know if Nanaea would be sacrificed and who had killed her Abum.

Preorder the book now here for a signed copy!

I would categorize this book as a young adult book for mature readers. There are some pretty graphic and brutal parts that some readers may not be ready for.

Author Feature: Shoumi Sen
Introduction: About You 3 Little Known or Interesting Things About…

Student Review: The Magic Doll: A Children’s Book Inspired by African Art by by Adrienne Yabouza (Author), Élodie Nouhen (Illustrator)
Purchase this book at your local indie or through Bookshop.org!