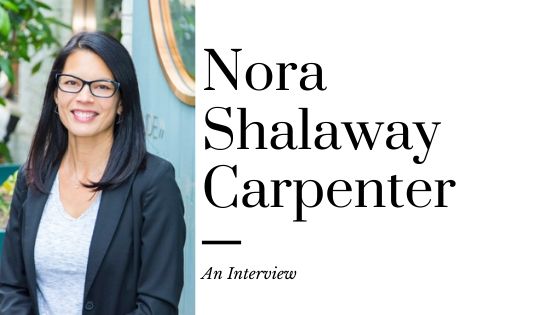 Well this was fun. I’ve never taken the Camp Halfblood quiz before but apparently I’m a child of Poseidon. As for my Hogwarts house, I’m probably most accurately described as a Slytherclaw, but if I was sorted into one of the actual four, it would be Ravenclaw. Go blue!

What is your writing Kryptonite?

Probably Lee Smith’s Fair and Tender Ladies. While Smith herself gets a lot of recognition, this book isn’t one of her most well known. I first encountered it in college and never forgot the effect it had on me. The novel holds particular resonance for me because, like the characters, I am also Appalachian. I was used to people making fun of Appalachian characters and the places we live, but this book is just the opposite. It’s gorgeous.

I love this question, but I don’t really think about it while I’m writing, at least not in early drafts. My goal with all my books is to engage my readers so much in my characters’ lives that readers feel they must find out what happens. I also strive to push readers just far enough outside their comfort zone that they can come away from my books with a more nuanced perspective on the themes presented in the novel. That’s my hope, anyway. In The Edge of Anything, both narrators go through truly difficult things. But I write to offer hope in a world too often filled with bleakness, so my readers can trust that no matter what I put my characters through, they will rise up stronger, more confident, and with a much better sense of self.

The Edge of Anything releases March 24, 2020 from Running Press Teen. This book took about 10 months to write (averaging about 20 hours of writing time/week), but the idea had been percolating for over five years.

My next book, Rural Voices: 15 Authors Challenge Assumptions About Small-Town America, releases October 13, 2020 from Candlewick. This took as much time to put together as a novel because it involved so many pieces from fourteen other authors, and each piece had several rounds of revision. My own story took a couple months to polish, but I was also working on a novel at the same time.

“It was one of the loneliest pains, when people recognized hurt but pretended they didn’t.”             –THE EDGE OF ANYTHING

Hm. This is a tough one because I think there’s a bit of me in all my characters, but I’m very careful to not make any character autobiographical. My stories are all works of fiction. In The Edge of Anything, Sage’s tenacity mirrors mine. I also played (and lived for) volleyball during my teen years, though I wasn’t as stellar as Sage, who also has two inches on me. As I mention in the Author’s Note, Len was inspired by a very dark time in my life, when I was going through a similar trauma-induced mental health struggle. Hers was a tough character to write because creating her inner landscape meant revisiting a ton of emotions surrounding a horrific experience in my own life. What Len goes through is not exactly the same as what I suffered, but I did mine my own emotions and pain of enduring an undiagnosed mental health condition. So her character is definitely very close to home, though thankfully I no longer reside in that bleak space. And that is one of the points of the book–that things can get better. That hope isn’t lost, even when it feels like there’s nowhere else to turn. It’s also one of the reasons I’m passionate about #ownvoices mental health books. Readers can know that I’m writing from actual life experience, and so I can say with authority that things can get brighter and hope can be found in the darkness.

Read. Read constantly and read multiple genres. And allow yourself fallow time during the creative process, too. We are not machines. People are cyclical. Just as we need sleep after a long day, our creative selves need time to rejuvenate as well. Thinking, brainstorming, and letting ideas percolate in your unconscious are just as much a part of the writing process as is getting words on the page. This is why reading is so important for writers. While we read, we absorb what makes a story work (or not), we fill our creative well, and we also give our own ideas a chance to breathe in our subconscious. It’s a balance, of course. You can’t be a writer if you don’t actually write. But when you’re stuck or perhaps after finishing a large project, revel in the non-writing aspects of being a writer, too.

One of my favorite quotes of all time comes from Ellen Johnson Sirleaf: “If your dreams do not scare you, they are not big enough.” This applies to writing, but also to whatever you want to do in life. Don’t ever worry that you’re dreaming “too big.” If you have a goal, go after it. Even if it doesn’t materialize exactly how you imagine, chances are you’ll have some pretty spectacular experiences, perhaps even better than your original goal.

The Edge of Anything is pretty unique in the YA market, as it doesn’t include any romantic love for the main characters. Why did you make this choice?

First let me say that I didn’t set out to write a “non-romantic” book. The simple fact is that this particular book didn’t need romance. The Edge of Anything is a story examining friendship, how it can form in the most unlikely of circumstances, and its transformative and life-saving power.

It wasn’t until a couple librarian friends commented that now they’d have a book to give their teen readers who asked for “something without romance” that I realized some readers actively look for that feature. Both librarians said that I’d be surprised how many times teens ask for a book without love interests. Reflecting on this, it makes sense. I love a good romantic subplot in books, but I don’t necessarily want that particular subplot in everything I read. Similarly, teens going through a break-up, jaded by romantic love, annoyed by the lack of options in their communities, or not yet ready (for a variety of reasons) for a romantic relationship probably aren’t always keen to read books in which romance plays a key role.

Aside from all that, I think it is also worth emphasizing, particularly to teen readers, that platonic relationships are just as necessary, impactful and life-changing as romantic ones. Humans are social creatures, and even the most introverted among us crave real connection with another person. Someone to see us for who we truly are–not how we are defined by the ever-changing standards of society. And what rule says that that person with whom we achieve such a connection must be a love interest? Friendship–real, authentic friendship–is one of the greatest gifts (and I’d argue powers) that humans can possess. The Edge of Anything explores how that relationship comes to be and what sustains it.

Preorder The Edge of Anything

Book Birthdays!
Today is a big day in the world of books!…

MGBookMarch Day 3
Day 3: A Book I Want To Read I have…