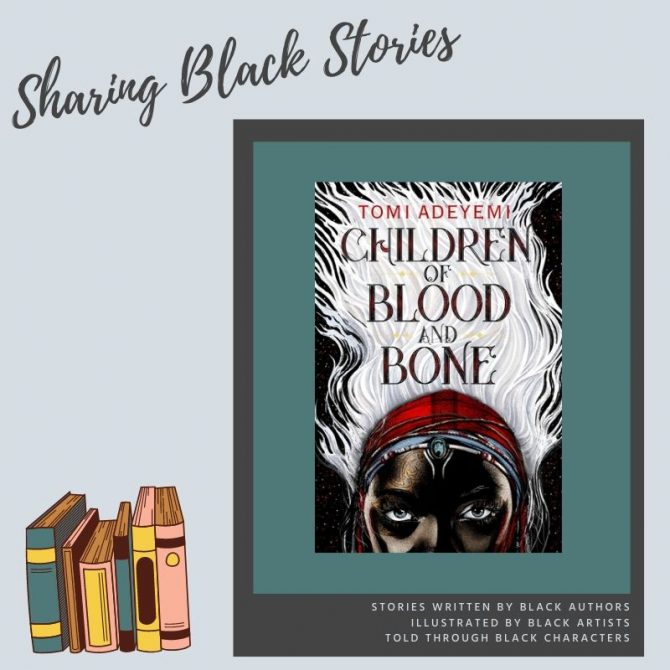 They killed my mother.
They took our magic.
They tried to bury us.

But everything changed the night magic disappeared. Under the orders of a ruthless king, maji were killed, leaving Zélie without a mother and her people without hope.

Now Zélie has one chance to bring back magic and strike against the monarchy. With the help of a rogue princess, Zélie must outwit and outrun the crown prince, who is hell-bent on eradicating magic for good.

Danger lurks in Orïsha, where snow leoponaires prowl and vengeful spirits wait in the waters. Yet the greatest danger may be Zélie herself as she struggles to control her powers and her growing feelings for an enemy.

My favorite genres are Science Fiction, Fantasy, SFF (Science Fiction Fantasy), and Dystopian books. I also like to read books with strong female characters who save their people. This book meets all of those favorites and that is why I read it. I read it also because the cover is so haunting and beautiful. However, this book was more than just an entertaining read in my favorite genre. It was a powerful book that spoke true to our times, even if we don’t have magic in our world.

This is from the author’s note and it really made it all come together after I finished the book:

“Children of Blood and Bone was written during a time where I kept turning on the news and seeing stories of unarmed black men, women, and children being shot by the police. I felt afraid and angry and helpless, but this book was the one thing that made me feel like I could do something about it. I told myself that if just one person could read it and have their hearts or minds changed, then I would’ve done something meaningful against a problem that often feels so much bigger than myself.”

Such a wonderful book and well worth the time it takes to read all 544 pages. I look forward to reading the sequel.