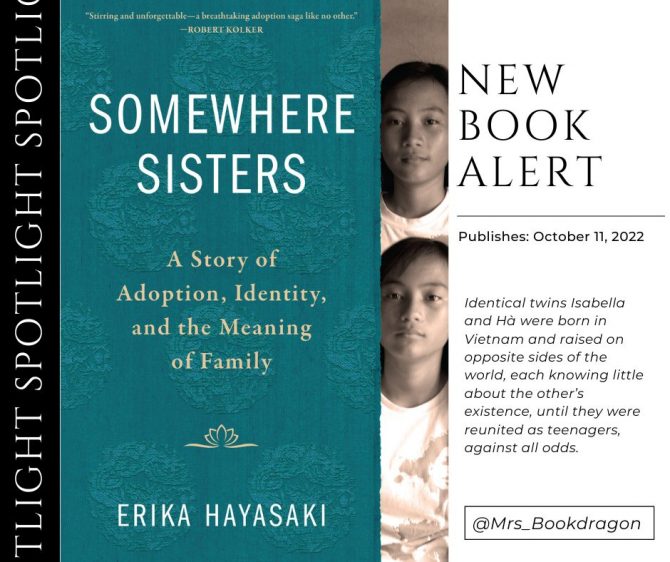 Identical twins Isabella and Hà were born in Vietnam and raised on opposite sides of the world, each knowing little about the other’s existence, until they were reunited as teenagers, against all odds.

The twins were born in Nha Trang, Vietnam, in 1998, where their mother struggled to care for them. Hà was taken in by their biological aunt, and grew up in a rural village, going to school, and playing outside with the neighbors. They had sporadic electricity and frequent monsoons. Hà’s twin sister, Loan, spent time in an orphanage before a wealthy, white American family adopted her and renamed her Isabella. Isabella grew up in the suburbs of Chicago, with a nonbiological sister, Olivia, also adopted from Vietnam. Isabella and Olivia attended a predominantly white Catholic school, played soccer, and prepared for college.

But when Isabella’s adoptive mother learned of Isabella’s biological twin back in Vietnam, all of their lives changed forever. Award-winning journalist Erika Hayasaki spent years and hundreds of hours interviewing each of the birth and adoptive family members and tells the girls’ incredible story from their perspectives, challenging conceptions about adoption and what it means to give a child a good life. Hayasaki contextualizes the sisters’ experiences with the fascinating and often sinister history of twin studies, the nature versus nurture debate, and intercountry and transracial adoption, as well as the latest scholarship and conversation surrounding adoption today, especially among adoptees.

For readers of All You Can Ever Know and American Baby, Somewhere Sisters is a richly textured, moving story of sisterhood and coming-of-age, told through the remarkable lives of young women who have redefined the meaning of family for themselves.

Somewhere Sisters releases October 11, 2022 and I hope that now that it’s on your radar, you will go get yourself a copy! Doesn’t it sound amazing?