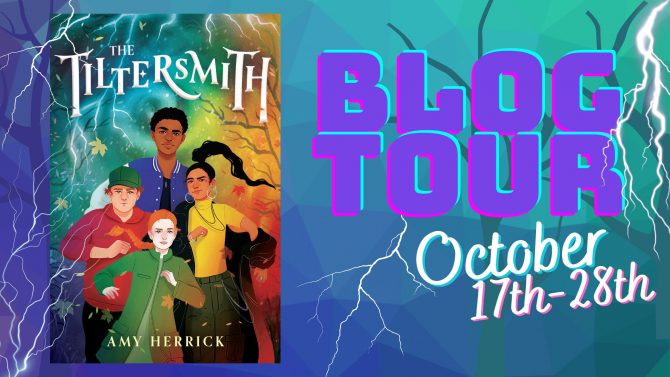 Welcome to The Tiltersmith Blog Tour!

Follow along as we celebrate the release of The Tiltersmith with behind-the-scenes looks from author Amy Herrick, plus 10 chances to win a copy!

In my last blog (#4), I talked about how I’d always wanted to write a novel that took place around the time of the winter solstice and how I finally met up with the idea that set my book, The Time Fetch in motion. To write the story I did a lot of research on the many ancient solstice traditions, rituals and myths of ancient peoples. Here’s a few of the ones I drew inspiration from:

Did you know that ‘solstice’ is a combination of Latin words and essentially means “the sun stands still”? This term was born because at both the summer and winter solstices the sun appears to stand still in the sky for several days, probably something that did not sit well with our ancestors.

Although ancient people probably did not understand the reason why the hours of sunlight dwindled each year at the solstice, many early cultures kept very careful track of what the sun was doing. One way they did this was by building monumental stone calendars like Stonehenge which was erected on Salisbury Plain in England over 2,500 years ago. How the huge 13 foot high stones were moved to this spot is still not clearly understood. The site was probably originally a burial site and came to be a place for religious celebrations and eventually a giant astronomical calendar.  It clearly marks the exact spot where the solstice suns set and rise each year.

Some solstice rituals involved human or animal sacrifices. These were made as encouragements to the gods in the hopes of bringing the sun back. The Greeks, as legend has it, would sacrifice a young man to nine priestess maidens of Dionysus. They would chase him into the woods, rip him apart, eat him and return with a baby in their arms. I haven’t been able to figure out where they got this baby from.

The ancient Romans celebrated the return of the sun with Saturnalia, a month-long holiday of food and drink. The whole social order was turned upside down and all the slaves were given their freedom, while their masters waited on them, instead of the other way around. A temporary substitute king was chosen from among the slaves and the criminals. This counterfeit king was allowed to do pretty much whatever he wanted for seven days, but when this was over he was usually killed.

The Incans celebrate their winter solstice on June 24th. In early times, they believe that the only way to bring the sun back was to make live animal sacrifices to Inti, the god of the sun. The animals usually sacrificed were llamas. This was done with great ceremony on the solstice, and afterwards a procession and great celebration named Inti Raymi took place. The holiday was banned by the Catholic Church in the 1500’s, but was brought back in the 1940’s and has become a big tourist attraction in South America, although, I believe it is now celebrated without animal sacrifices.

Many early peoples believed that the winter solstice was a time of year when evil spirits got loose and went wandering around making big trouble. The Greeks believed that a type of hairy, ugly imp, called the Kallikantzaroi would show up during those dark days, teasing people and thieving and making messes. For instance, if you accidentally left the lid loose on one of your cooking pots, it was considered likely that one of these imps would take advantage by lifting the lid and peeing on what you were cooking. The best way to fend these imps off was by leaving out a colander. The imps would spend all night trying to count the holes in the colander, but since they could not count past two, they had to keep starting over. Apparently, this kept them out of trouble.

You might have heard of the Yule log, a large piece of heavy wood, (sometimes a section of tree trunk) which the ancient Celtic people would burn every year in their fireplaces. They believed that burning this log would keep evil spirits away and it would fight back the darkness. The burning of the Yule log became very popular in later times, and is still practiced today. The Celts also believed that hanging mistletoe and evergreens could provide protection from evil spirits. Nowadays, of course, we use mistletoe to encourage kissing at holiday parties.

In some cultures, people advised staying awake all night, so you could make sure you didn’t meet up with any nasty spirits trying to get into your house. Gathering large groups of people together during these solstice days for parties and bonfires, was also considered an effective way of keeping the evil ones away and an encouragement for bringing the sun back.

At some point in my researches I came up for air and began writing the story of The Time Fetch. I found myself blown away by the variety of the stories, traditions, and rituals humans had invented to protect themselves from the winter darkness and to celebrate the return of the sun. I was also stunned to realize that it was thousands of years ago, long before formal astronomy and telescopes existed, that humans had first managed to figure out pretty exactly, the movements of the sun and the earth.

In both The Tiltersmith and The Time Fetch I attempt to put modern day twists on some of the ancient tales, and to pay homage to both the folklore and science that has brought us to where we are today. 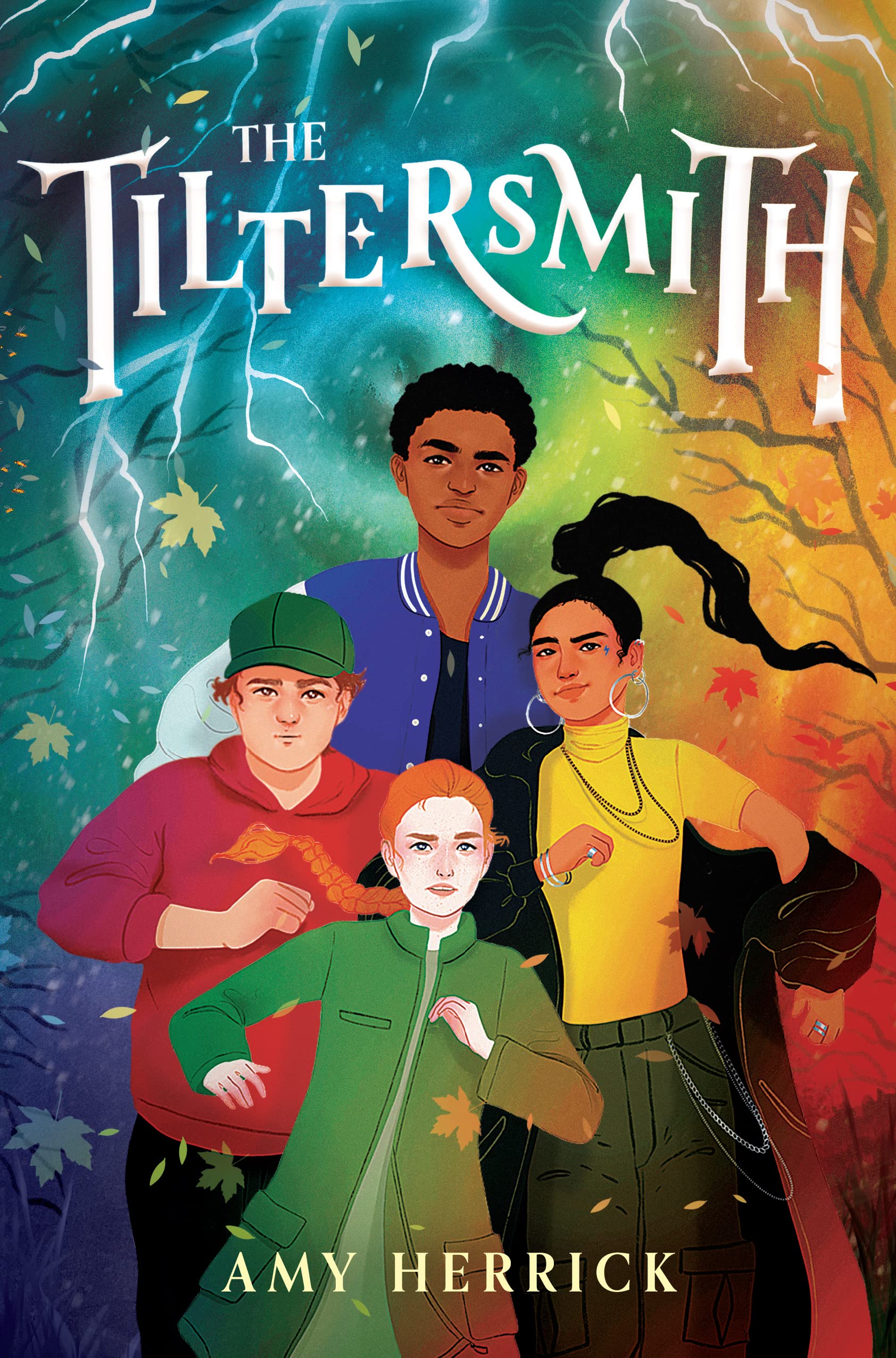 Myths and monsters collide with climate chaos in a thrilling fantasy adventure.

Spring has arrived in Brooklyn, New York, but winter refuses to let go. Sleet, snow, and even a tornado batter the city. Mr. Ross, the science teacher, believes climate change is the cause, but classmates Edward, Feenix, Danton, and Brigit suspect older, magical forces are at work. When a peculiar character calling himself Superintendent Tiltersmith appears with a keen interest in the foursome, their suspicions are confirmed, and they’re swept up in a battle of wits and courage.

The friends must protect a set of mysterious tools belonging to the Lady of Spring. If they can free her from her underground prison, winter will end. But if the Tiltersmith steals the tools, he will keep the Lady in his power and upset the balance of nature forever.

Perfect for readers of Madeleine L’Engle and Susan Cooper, The Tiltersmith returns to the world of Amy Herrick’s acclaimed Time Fetch in a timely, exciting stand-alone adventure.

“Vacillating between scientific reasoning and lore from worldwide cultures, the descriptions of beautiful legends of seasons and the sobering study of climate change are so rich.”
—Kirkus Reviews

“Despite the contemporary setting, a diversified cast, and topical themes, events take on ritualistic elements that readers up on their Greek mythology will recognize. American fans of Susan Cooper’s The Dark Is Rising sequence will find themselves on familiar footing, albeit a bit closer to home.”
—Booklist

“The author proves to have a keen eye for developing wonderfully dastardly villains. Tiltersmith is a fantastic bad guy who oozes disarming charm while also being deeply unsettling … cleverly handled … a compelling tale.”
—Bulletin of the Center for Children’s Books

“It’s a great combination of the mystical and the scientific! A bit of gentle romance shouldn’t deter younger readers . . . The writing style is craftily literary, with warm incisive forays into each character’s inner life.”
—Youth Services Book Review 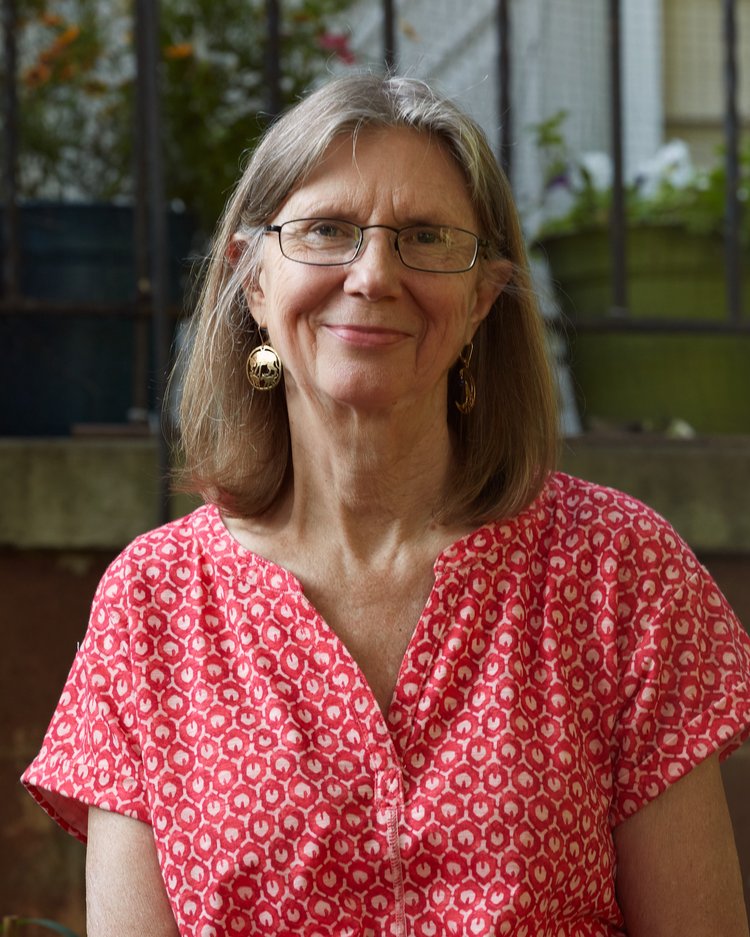 Amy Herrick grew up in Queens, New York, and attended SUNY Binghamton and the University of Iowa. She lives in Brooklyn, where she has raised two sons, taught pre-K and grade school, written books, and kept company with her husband and numerous pets. A retired teacher, she loves traveling, learning Spanish, and above all reducing her carbon footprint.