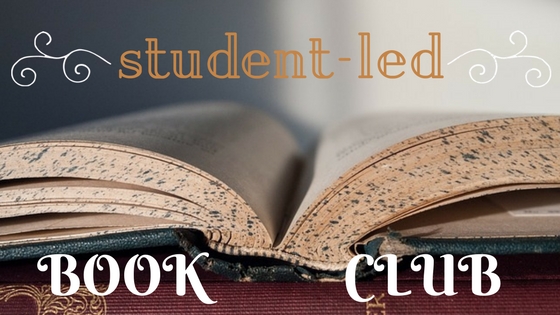 I had a very opinionated and excited group of 6th graders read Booked for their book club book. This is our discussion after reading the book. There may be spoilers mixed throughout our discussion, so readers beware!

Like lightning/you strike/fast and free/legs zoom/down field/eyes fixed/on the checkered ball/on the goal/ten yards to go/can’t nobody stop you/
can’t nobody cop you…
In this follow-up to the Newbery-winning novel THE CROSSOVER,  soccer, family, love, and friendship, take center stage as twelve-year-old Nick learns the power of words as he wrestles with problems at home, stands up to a bully, and tries to impress the girl of his dreams. Helping him along are his best friend and sometimes teammate Coby, and The Mac, a rapping librarian who gives Nick inspiring books to read.
This electric and heartfelt novel-in-verse by poet Kwame Alexander bends and breaks as it captures all the thrills and setbacks, action and emotion of a World Cup match! –Amazon

Several made connections with the divorce and that sometimes parents leaving is for the best, in some situations, but it does affect the kids, like how Nick was affected.

E: 4 out of 5 stars because it really goes into Nick’s life and it explains it really good and the bullying. I like that part and the end where he stood up for himself. I liked that part. I like how him and Coby are really close and they are best friends and I like how they made a twist in the story with his mom running away

C: It made it interesting. He got sick before going to Dallas so he couldn’t go.

B: It is hard to get five out of five and what determines that is the ending and I liked the ending, but not really. So, 4 stars maybe.

C: I like the connections with Crossover (another book by Kwame Alexander).

E: I liked the cliffhanger at the end. Mr. Mac was moving away and he dropped off the dragonfly box to Nick and he told Coby hey look what is in it, but we didn’t ever find out.

B: I can infer what was in it, I  infer that there was nothing in the box because other stories have done similar things to build suspense. The Mac could build the tension.

C: I liked that they called it futbol and not soccer.

C: Ialso liked the story with April and how he liked April – she was good for him.

C: It had a lot of settings-didn’t know where they were and sometimes it was confusing.

E: Coby injuring him. Nick was not mad at him, and it shows how good of friends that are.

B: Him not going to the Dallas Cup.

B: Him and Coby on different teams.

B: I have already almost said stuff about Crossover because we read them at the same time. Eating healthy, eating unhealthy .

E: Filthy and JB and Coby and Nick.

C: I didn’t see it because Filthy and JB got mad at each other.

Genre and where it fit in the 40 Book Challenge

Have you read Booked? Share your thoughts below! This group really loved it and made some great connections. Our conversation was so great and I could not keep up with them!

Spaceman: The True Story of a Young Boy’s Journey to Becoming an Astronaut
Five stars is all I can say to start this…