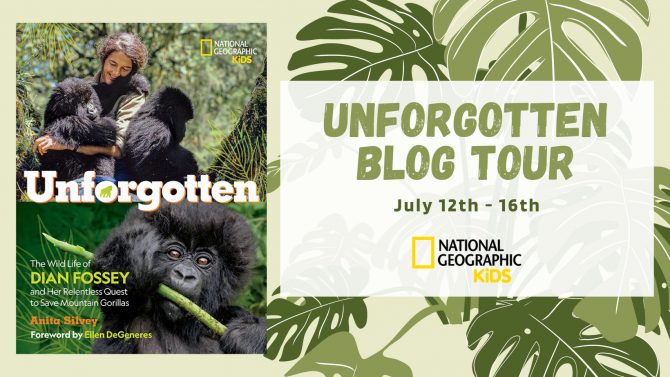 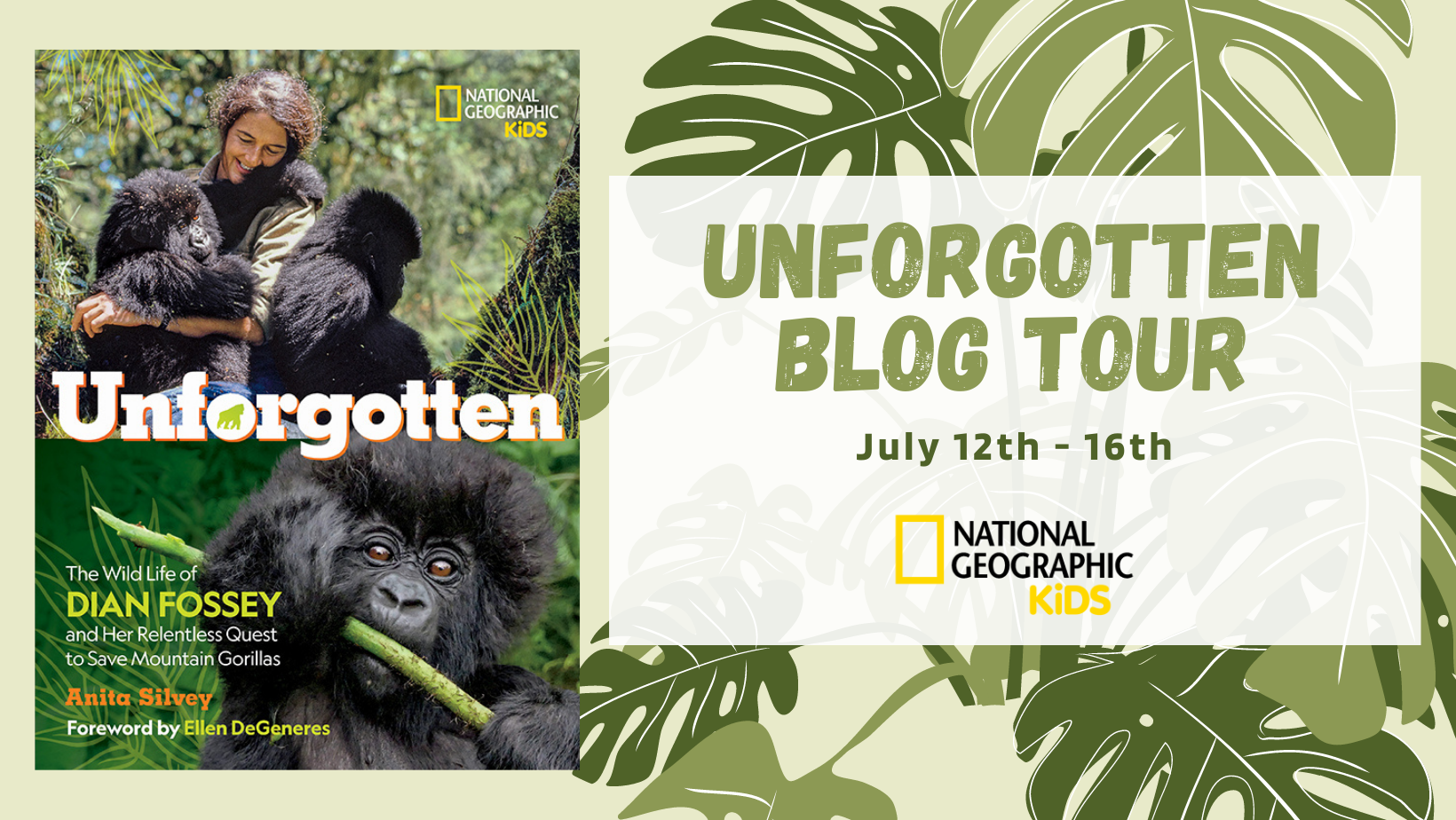 Welcome to the Unforgotten Blog Tour!

To celebrate the release of Unforgotten: The Wild Life of Dian Fossey and Her Relentless Quest to Save Mountain Gorillas by Anita Silvey on June 29th, blogs across the web are featuring original content from Anita, as well as 5 chances to win the complete trilogy: Unforgotten, Untamed, and Undaunted.

How to Nurture a Child's Love of Nature
by Anita Silvey

Recently, I completed my trilogy about The Trimates (Ape Ladies), the proteges of anthropologist Louis Leakey who traveled into the wilderness to observe our closest cousins. Chimpanzees (Jane Goodall), orangutans (Biruté Galdikas), and gorillas (Dian Fossey) share 97-99% of our DNA. My three books about them: Untamed (Jane), Undaunted (Biruté) and Unforgotten (Dian) have generated numerous requests from parents and teachers, asking for suggestions on nurturing a love of nature in children.

I actually worked on such a list with Jane Goodall, printed on page 72 of Untamed: The Wild Life of Jane Goodall. Reprinted below, here are the insights of the master.

To this list, I would add another. Learn to mimic an animal’s behavior. In my new book about Dian Fossey, Unforgotten: The Wild Life of Dian Fossey, published at the end of June, I provide a picture of how Dian used creative ways to get gorillas to believe she was part of the family. She groomed herself like gorillas, crawled along the trails, pretended to eat gorilla delicacies, like wild celery. Gorillas (who eat 75 pounds of plants each day) produce a lot of low-level belches, and Dian joined them both in that activity and in singing songs as they do (sounding like a mixture of a dog whining and someone humming in the shower). Because she was patient and acted like a gorilla, family groups accepted her as one of their own.

After I gave my books and this list to an Israeli student of mine, who had returned to the United States for a vacation, Orna finished reading Untamed to her daughter around bedtime. The next morning when Orna looked out into the yard, her daughter had a notebook and was observing a squirrel (her favorite American animal). She mimicked its behavior, made noises like the animal, and kept jotting down notes. Jane, Biruté, and Dian would have been proud of her. She is on her way to understanding a species of the animal kingdom.

Young scientists need notebooks, opportunities, field trips, and motivation. I tried in each of the books to make the lives of animal researchers thrilling and desirable – stories filled with adventure, dangers, failures, and great successes. Put in the hands of the right child at the right time, the books have been written to inspire the next generation of scientists — who will need to continue the work of preserving life on earth. 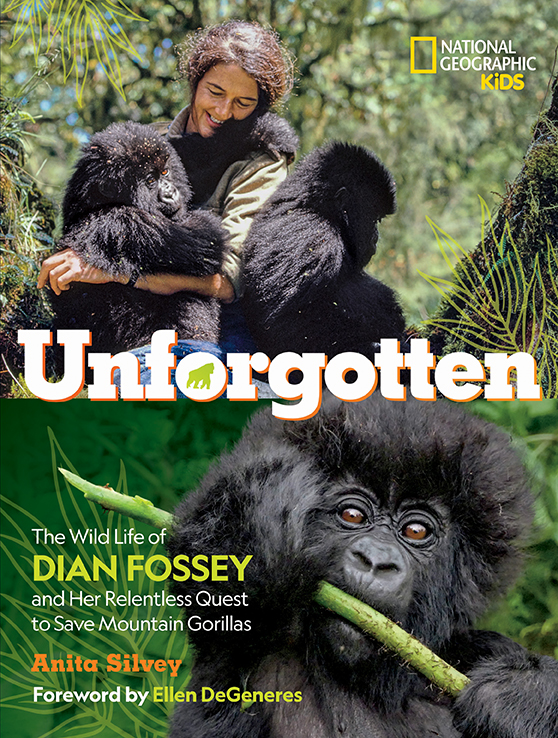 Explore the fascinating life and legacy of groundbreaking primatologist and conservationist Dian Fossey, who made it her life's mission to study and protect mountain gorillas, in this powerful biography from award-winning author Anita Silvey.

In 1963, young American Dian Fossey spent all her savings and took out a loan to realize her dream–to go to Africa. It soon became her life's mission to study and protect the few mountain gorillas left on Earth. Fossey had no experience or formal scientific training, but she was smart, passionate, and strong-willed–and she just happened to meet paleoanthropologist Louis Leakey, who helped her pursue her goal of studying animals in the wild. Fossey set up a research camp and threw herself into tracking and observing mountain gorillas. Over the next 18 years, Fossey got closer to gorillas than any human ever had before. As she learned to mimic their behavior and became accepted by them, Fossey's studies grew into a labor of love and a mission to protect her beloved gorillas from poachers and other threats–no matter what the cost.

Sadly, Fossey was murdered at her camp in 1985, and to this day, her death remains a mystery. But her legacy lives on through the Dian Fossey Gorilla Fund: In 1973 Fossey recorded only 275 gorillas living in Volcanoes National Park; there are about twice that many today. Fossey's story is one of tragedy, but also passion, science, and preservation. As Jane Goodall, once said, "If Dian had not been there, there might be no mountain gorillas in Rwanda today." Unforgotten is the dramatic conclusion to Silvey's trilogy of biographies on Leakey's "Trimates." With unparalleled storytelling, sidebars, maps, and an award-winning design, Unforgotten will inspire the next generation of budding scientists and conservationists. 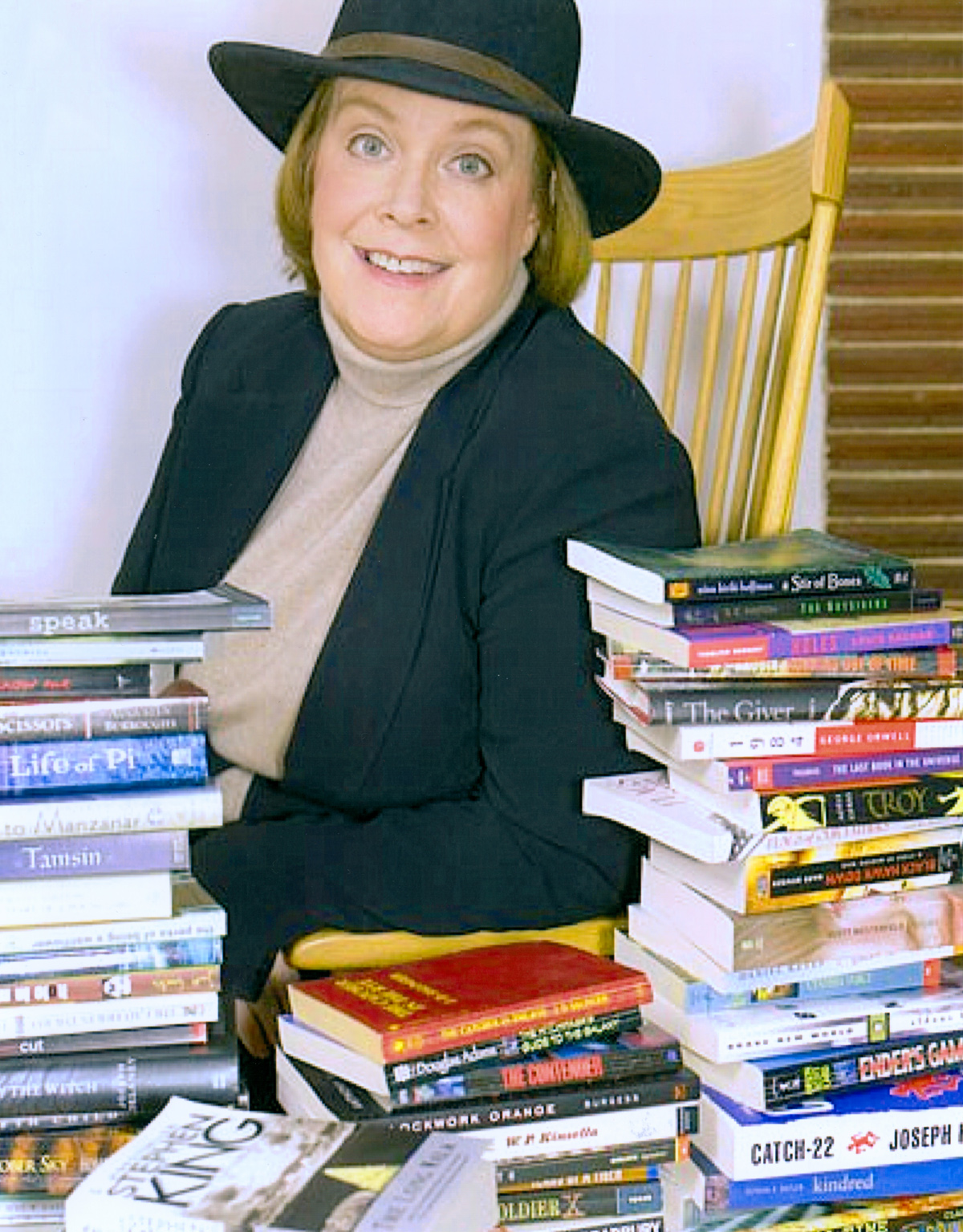 About the Author: As the author of 100 Best Books for Children, 500 Great Books for Teens, and Everything I Need to Know I Learned from a Children's Book, ANITA SILVEY has devoted more than 50 years of her career to championing book that turn casual readers into lifelong book lovers. Books in this National Geographic series are Undaunted: The Wild Life of Biruté Mary Galdikas and Her Fearless Quest to Save Orangutans and Untamed: The Wild Life of Jane Goodall. Recent books include Let Your Voice Be Heard: The Life and Times of Pete Seeger. Silvey has been a guest on NPR, The Today Show, 60 Minutes, and various radio programs to talk about the best books for young people. In a unique career in the children's book field, Silvey has divided her time equally between publishing, evaluating children's books, and writing. Her lifelong conviction that "only the very best of anything can be good enough for the young" forms the cornerstone of her work. Formerly publisher of children's books for Houghton Mifflin Company and editor in chief of The Horn Book magazine, she currently teaches modern book publishing, Modern Book Publishing and the History of Children's Book Publishing at Simmons University.

Virtual Tour for Wonder Woman: Tempest Tossed by Laurie Halse Anderson
It has been in the world for one month, but…

Happy Book Birthday!
Order here!
There is 1 comment for this article