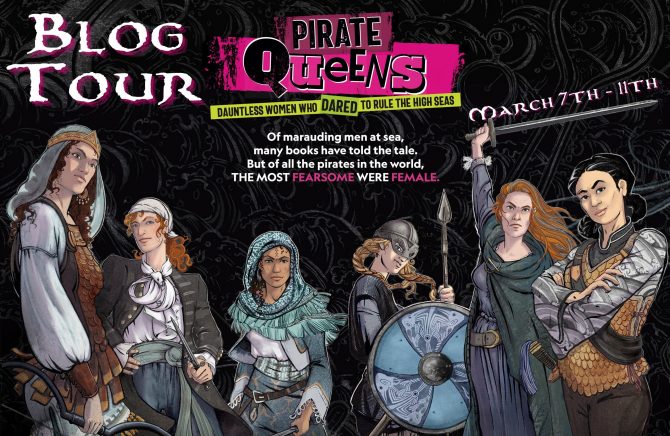 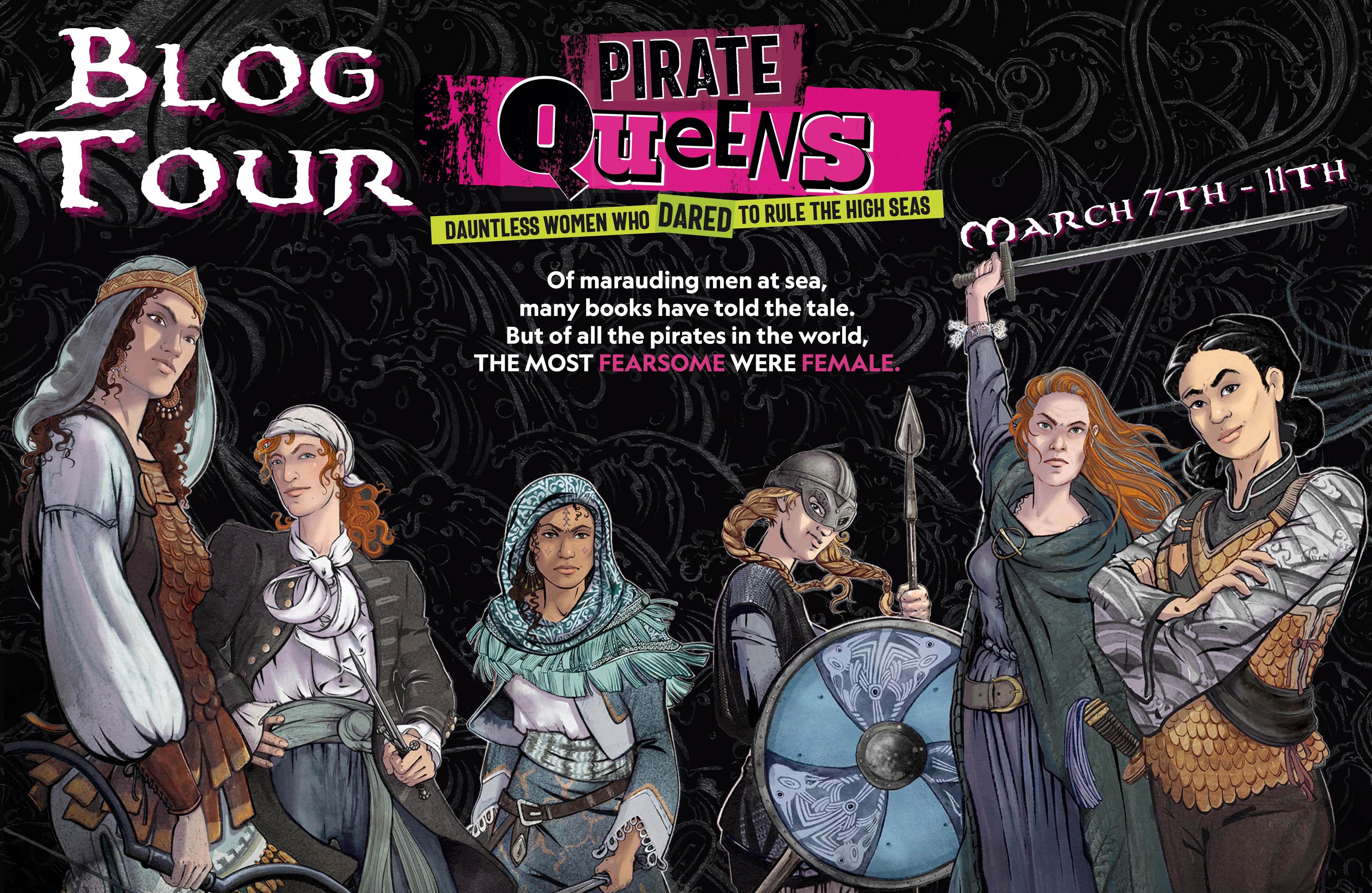 To celebrate Women's History Month and the release of Pirate Queens by by Leigh Lewis and illustrated by Sara Gómez Woolley on January 11th, 5 sites will be featuring exclusive guest posts from Leigh and Sara plus 5 chances to win a Pirate Queens prize pack!

I love being an illustrator!  Illustrators are more than just artists.  Though our artwork is creatively fulfilling to ourselves, we are accountable to more than our own creative vision.  Illustration is a collaboration where we work as a team to make sure the images we create are the right ones for the project.  Usually this team work is facilitated by our Art Director. 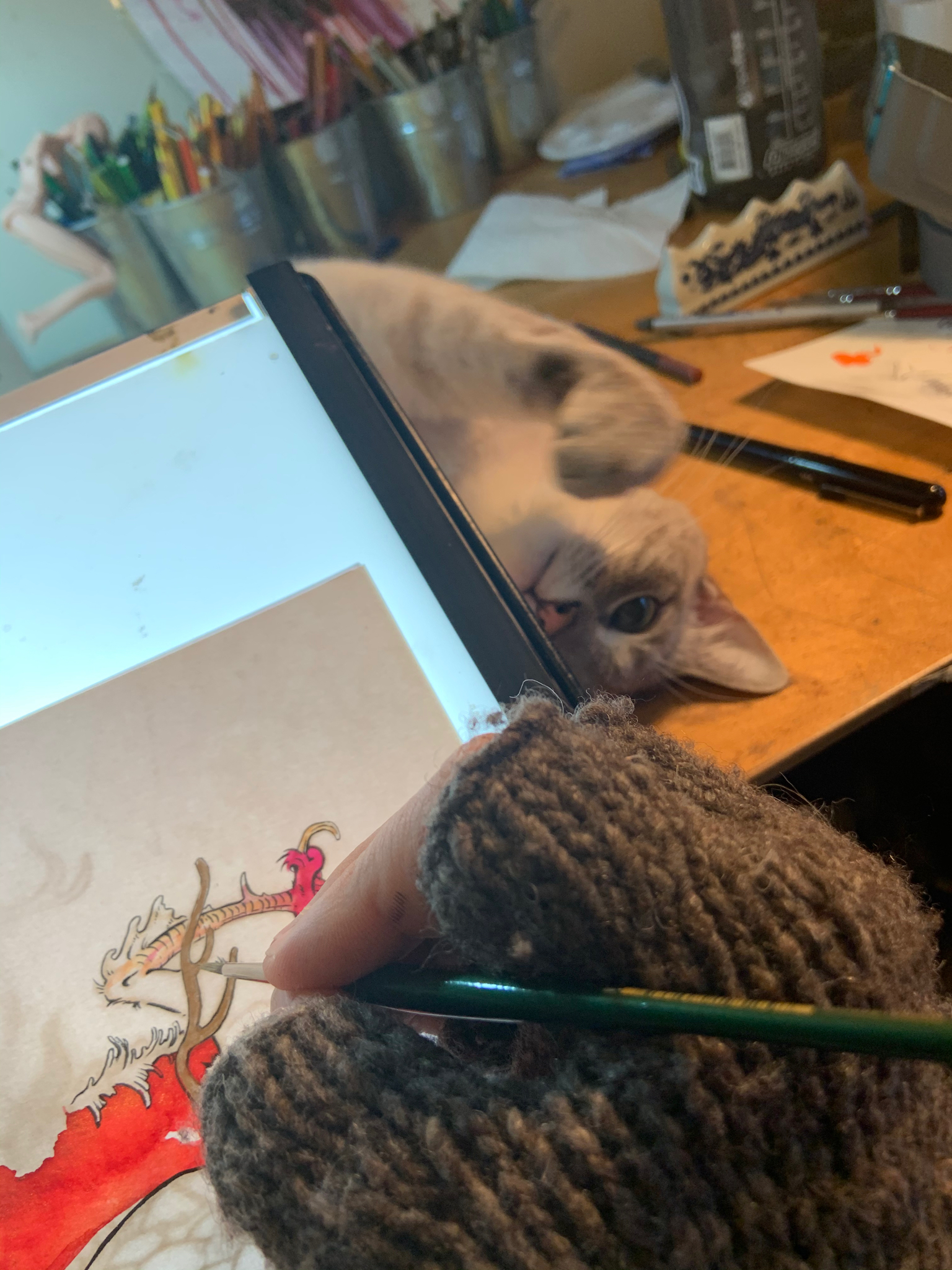 Being an illustrator often means we get to work on projects that are about subjects that we may not be experts in ourselves. (Opera History for Beginners anyone?) 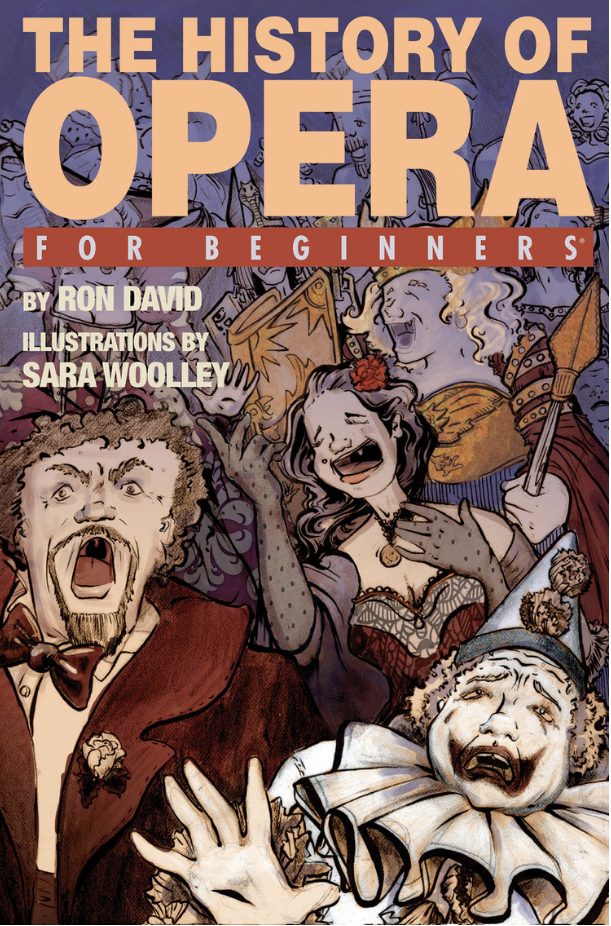 I’m a bit of a creative magpie, so it's probably my favorite part of the job!  Each assignment means getting to learn about something new in a nerdy deep dive of detail, so that the illustrations I create are relevant, intelligent, and accurate.

To create our illustrations we read a lot, we watch everything we can on the subject, and we find the right references and we source the right models. 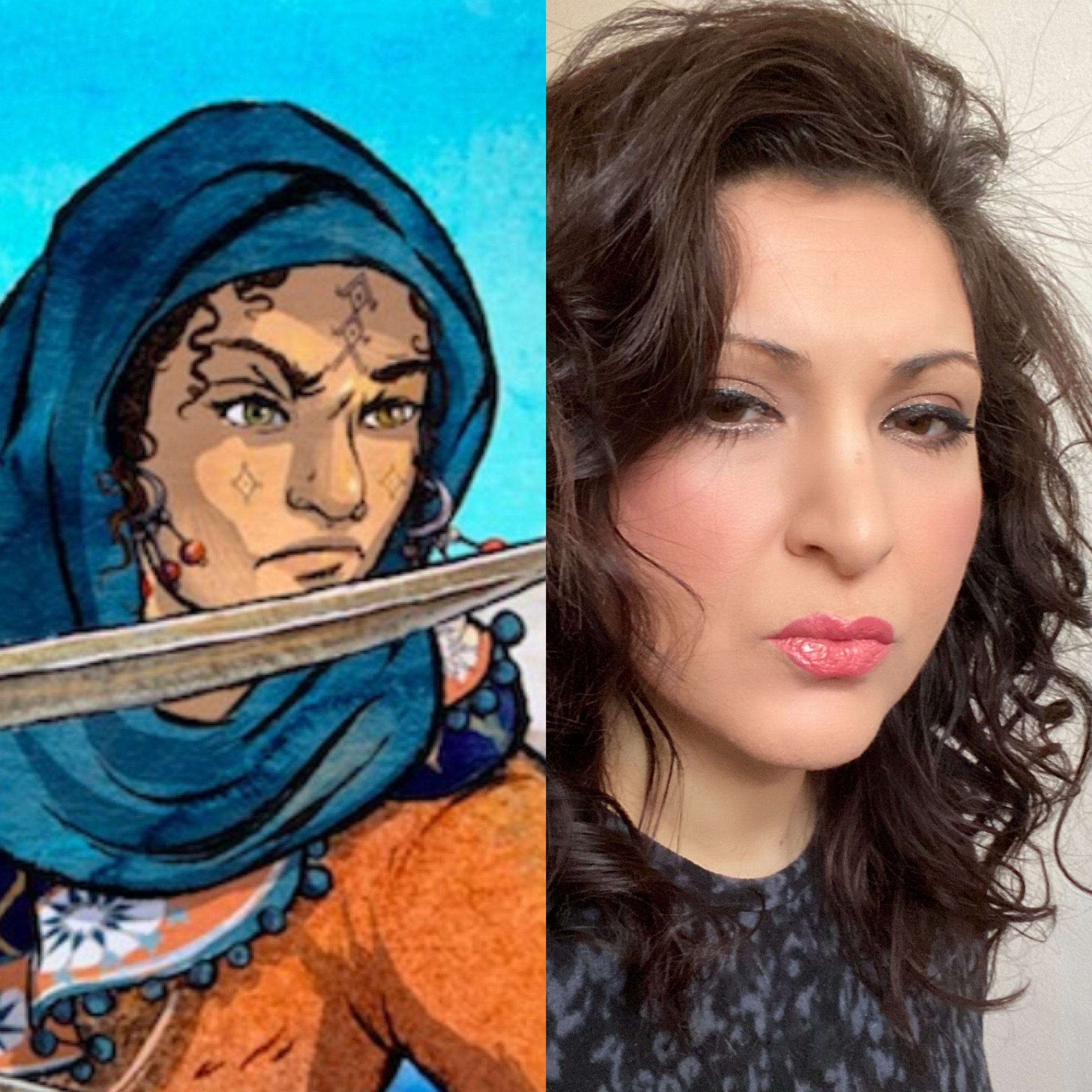 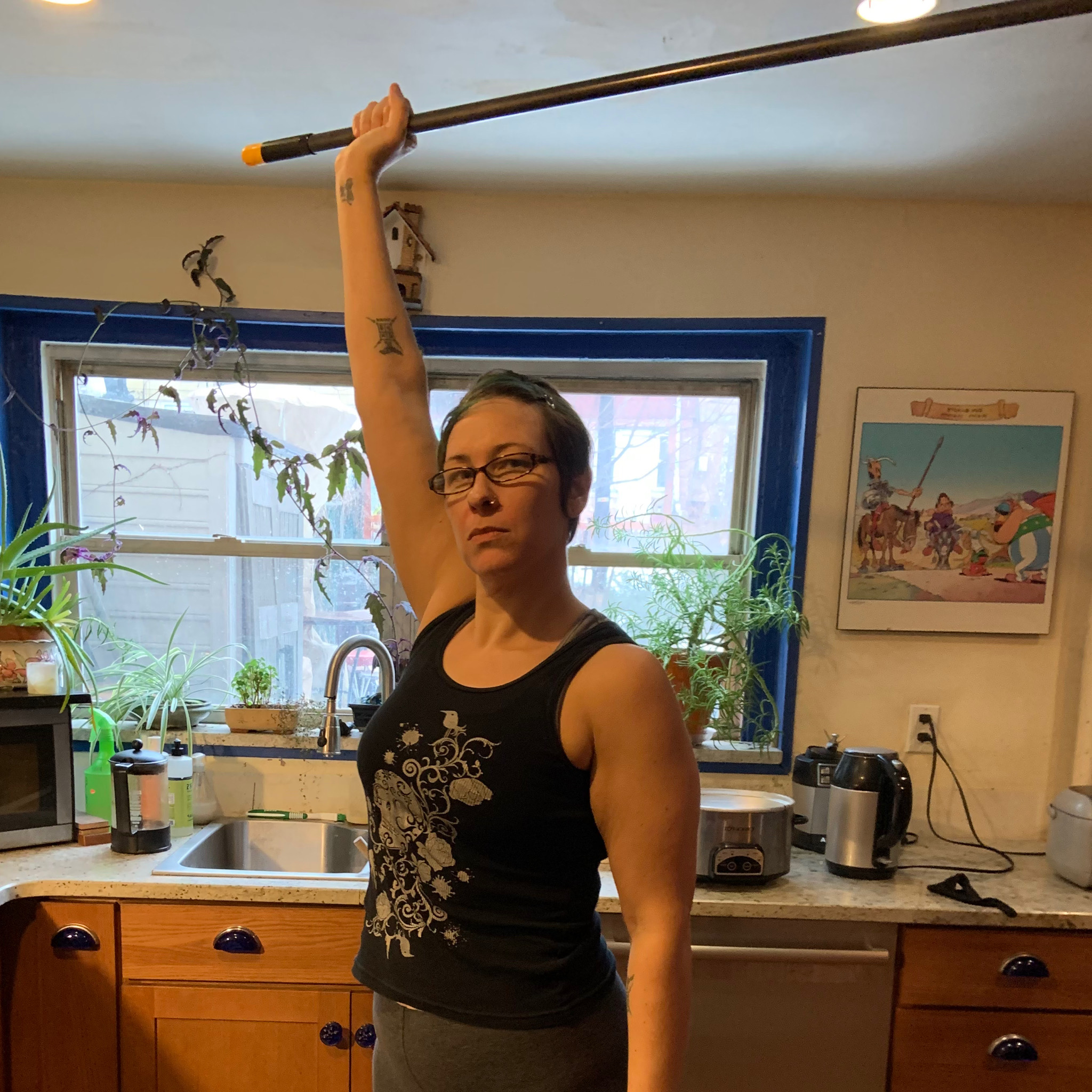 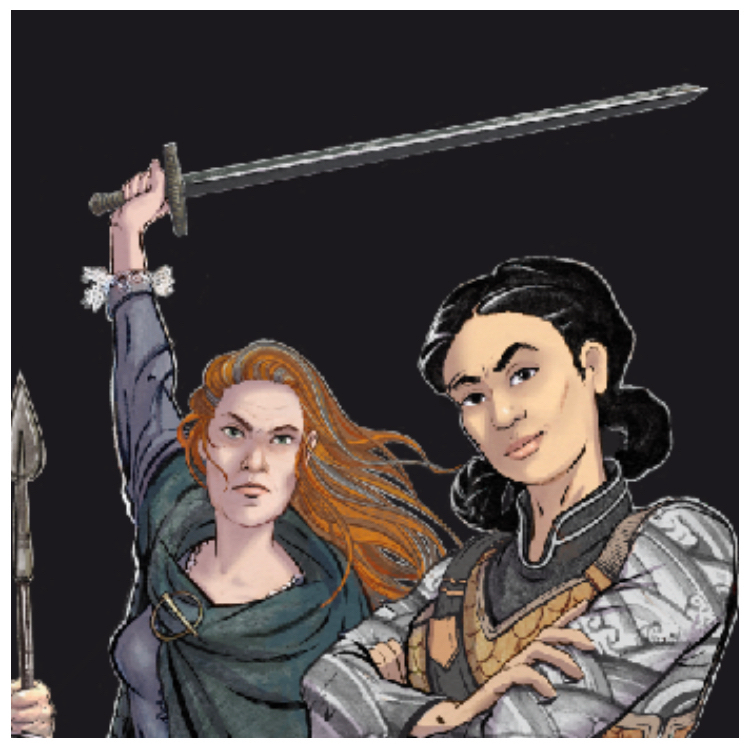 And sometimes it’s JUST US.  (Yep, it’s the swiffer as sword trick.)

Pirate Queens was an especially fun and interesting project to work on for this reason.  This book challenged me to create depictions of six different women from six different time periods and six different cultures… all with the requirement of historical accuracy.  It IS National Geographic, after all! Here I was given photo reference and notes on culture, history and the role of women in society to help me get the right costume, the right ships, and the right actions for each woman. 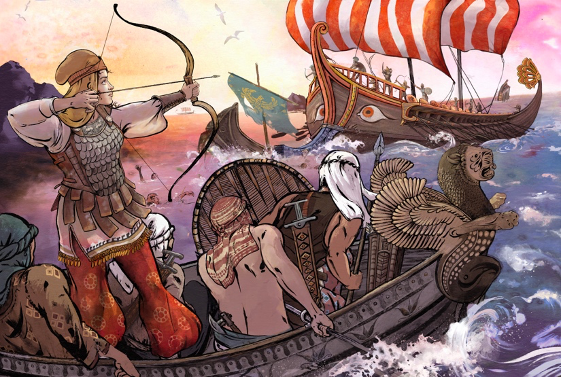 However, sometimes, things just don’t go according to plan! 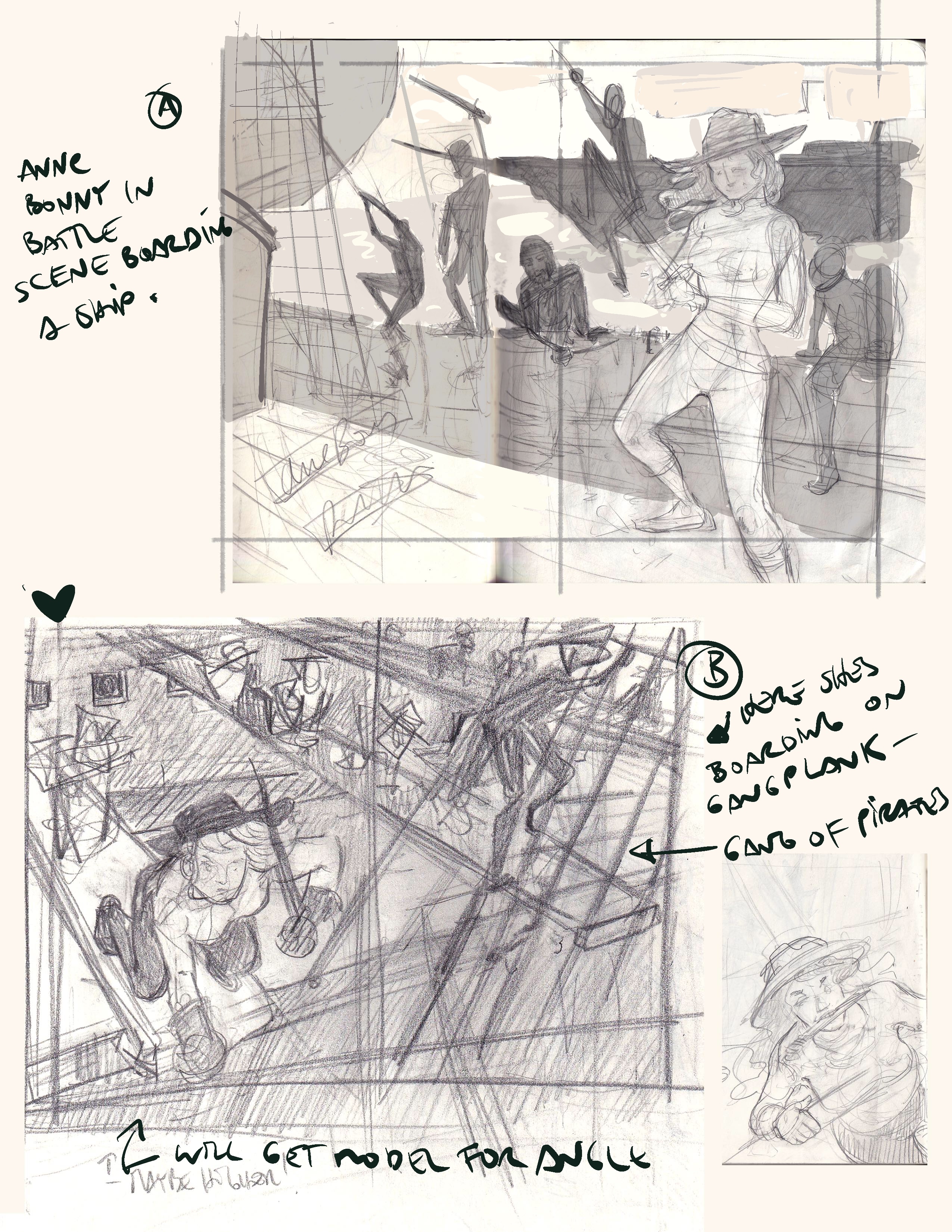 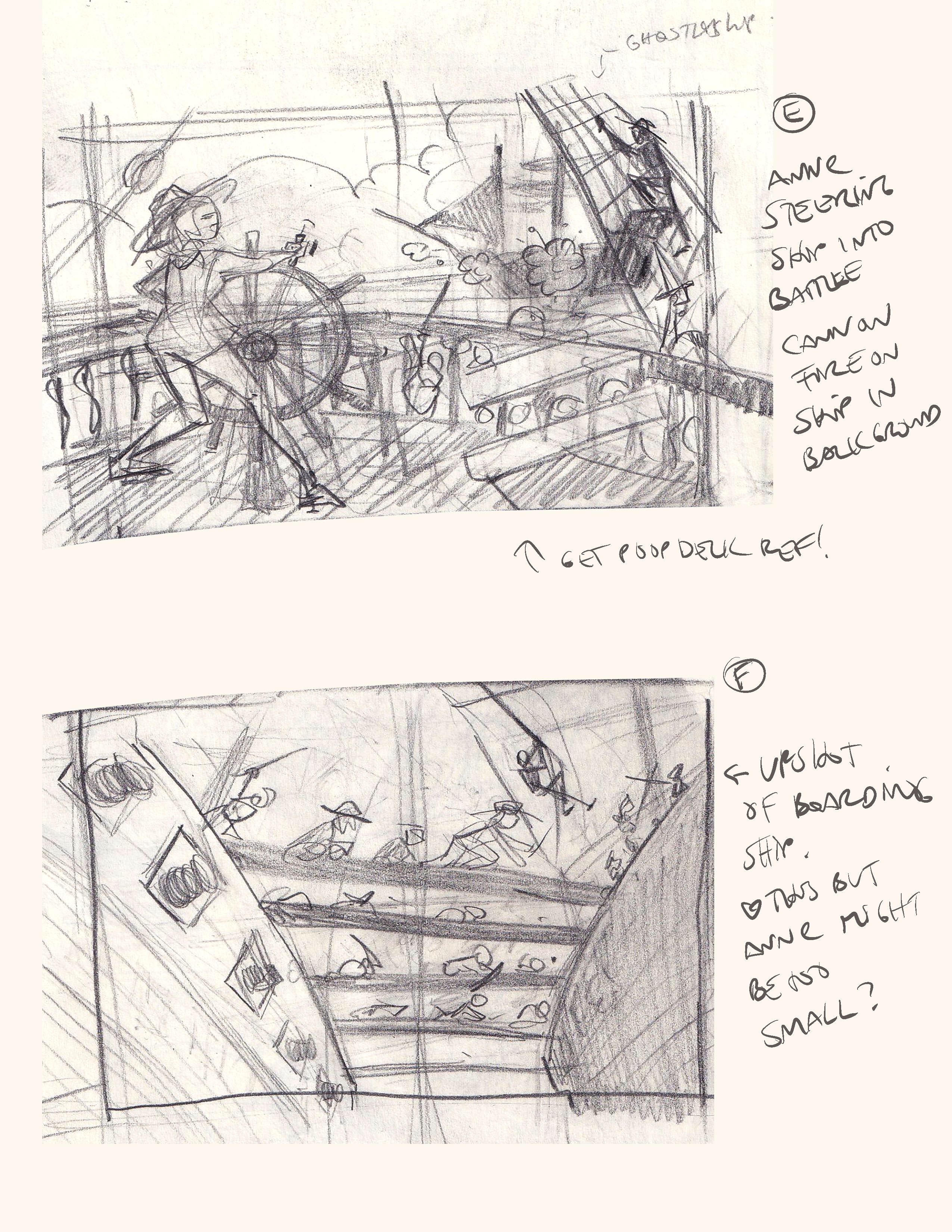 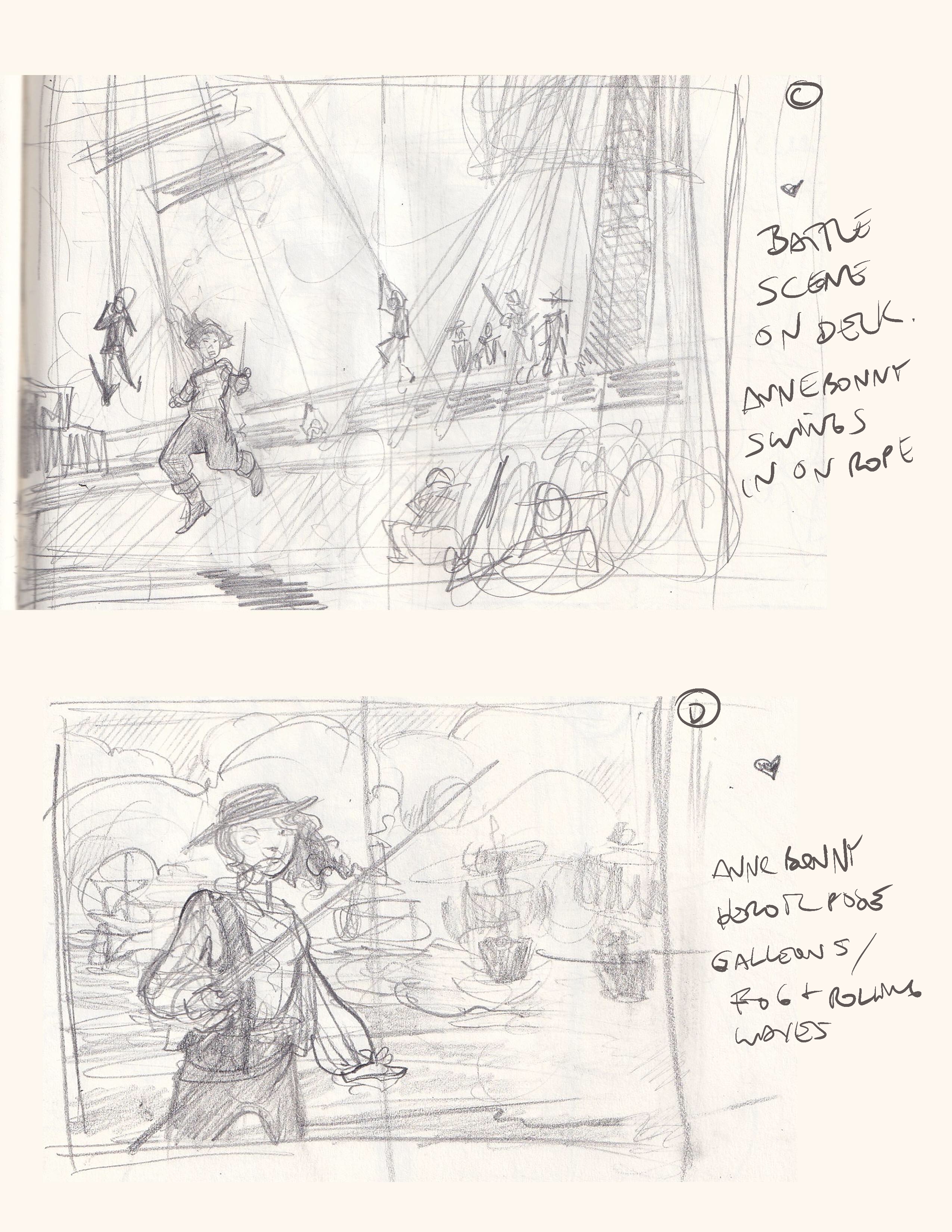 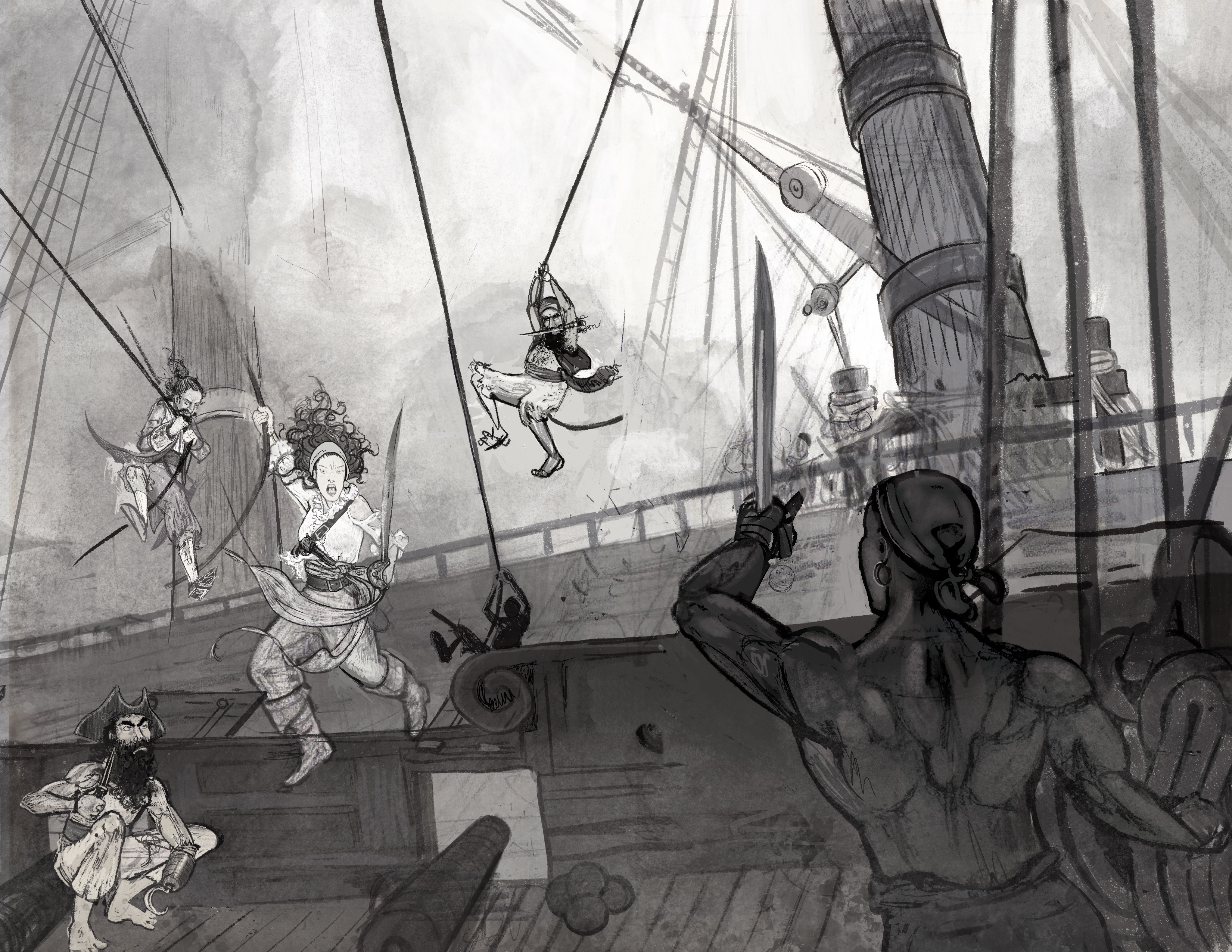 … before a Pirate Expert who was sent the sketches to vet them for accuracy came back with the following:

“I am afraid this battle scene is not an accurate depiction of the actions which Anne Bonny and Mary Read took part in while serving under Calico Jack. I know of no pirate action of this period in which the pirates attacked by swinging across on ropes. This is a fiction invented by the swashbuckling movies starring Douglas Fairbanks and Erroll Flynn and later taken up by Jack Sparrow in the Pirates of the Caribbean movies.

Calico Jack commanded a small vessel described by the Governor of the Bahamas as "a certain sloop called William, burthen about 12 tons, mounted with 4 great guns [i.e. guns mounted on gun carriages] and 2 swivel ones."  He only attacked small fishing vessels and the only time he involved in a serious action while Anne Bonny was aboard was when he was attacked and captured by Captain Jonathan Barnett off the coast of Jamaica.”

Accuracy is key!  Therefore we had to course correct in a hurry!

My art director sent reference on the correct ships of the day, the single masted “Bermuda Sloop”, and I took aim at round 2 of sketches. 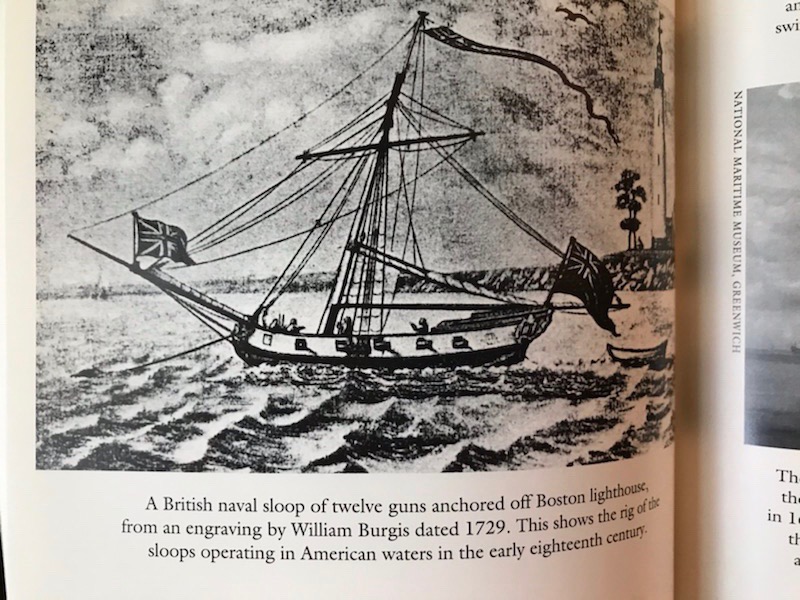 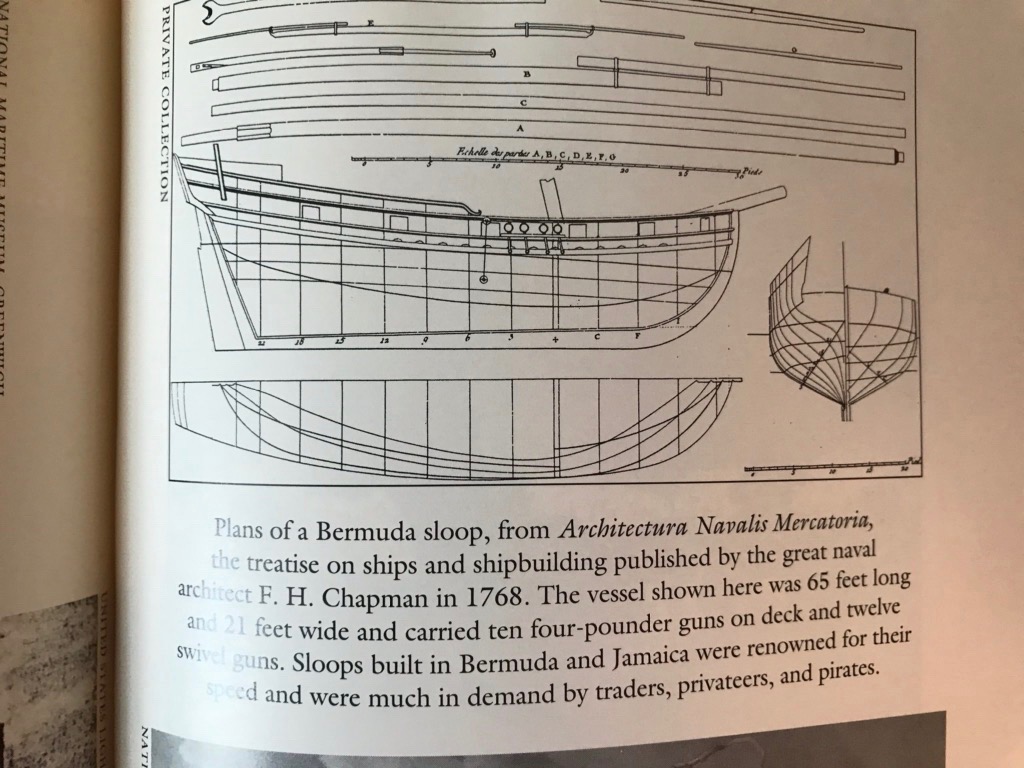 We eventually chose this one. 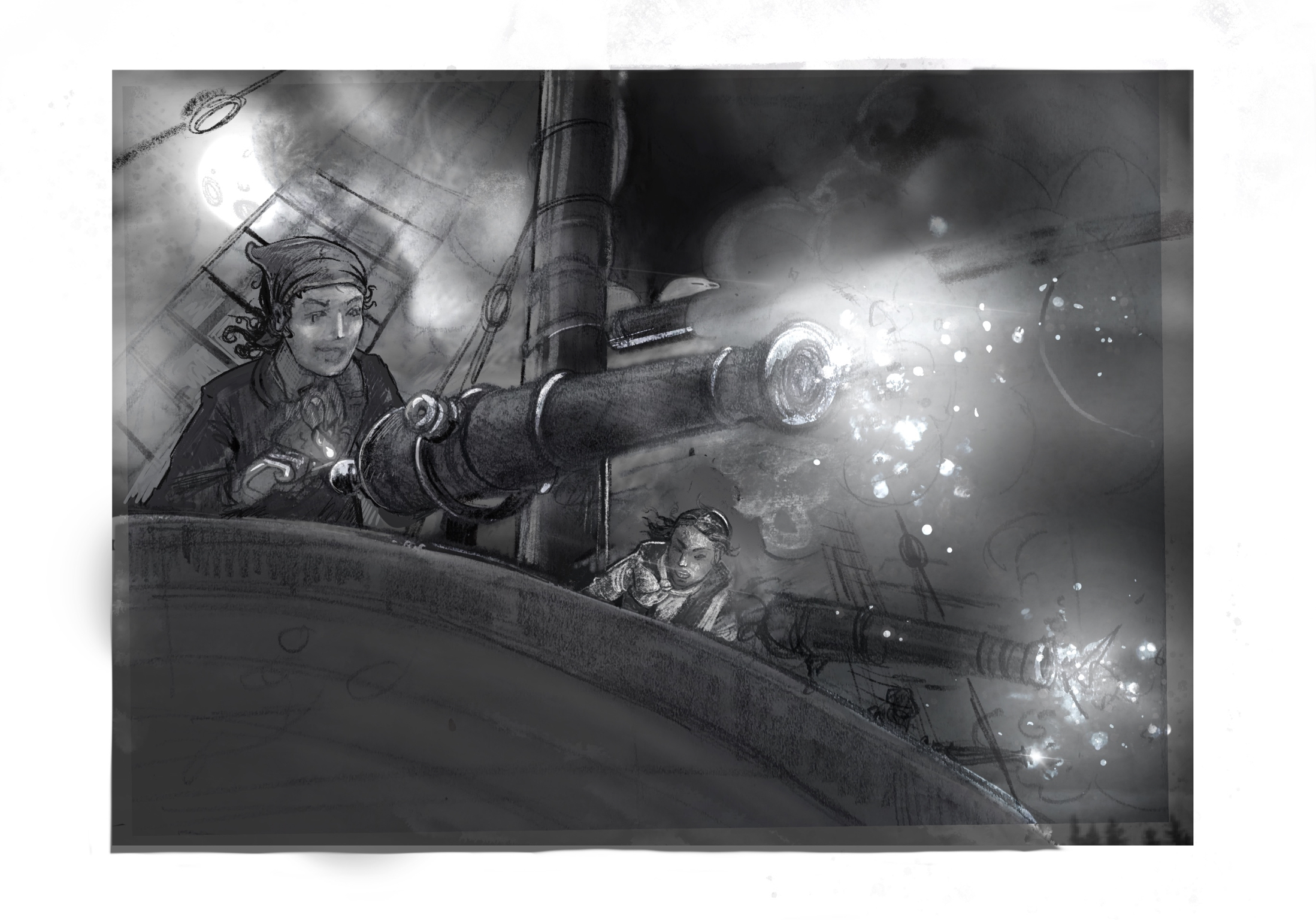 We liked the chance to focus on Anne Bonney’s expression and to see Mary Read in the image too. In addition, the chance to show those explosions at night seemed like it would make for an exciting illustration!

I got expert help on what explosions from mounted gatling guns of the time period would look like at night.  And here is the final image, which in the end we all loved and agreed was a much better solution than what we had originaly decided on.  We hope you agree! 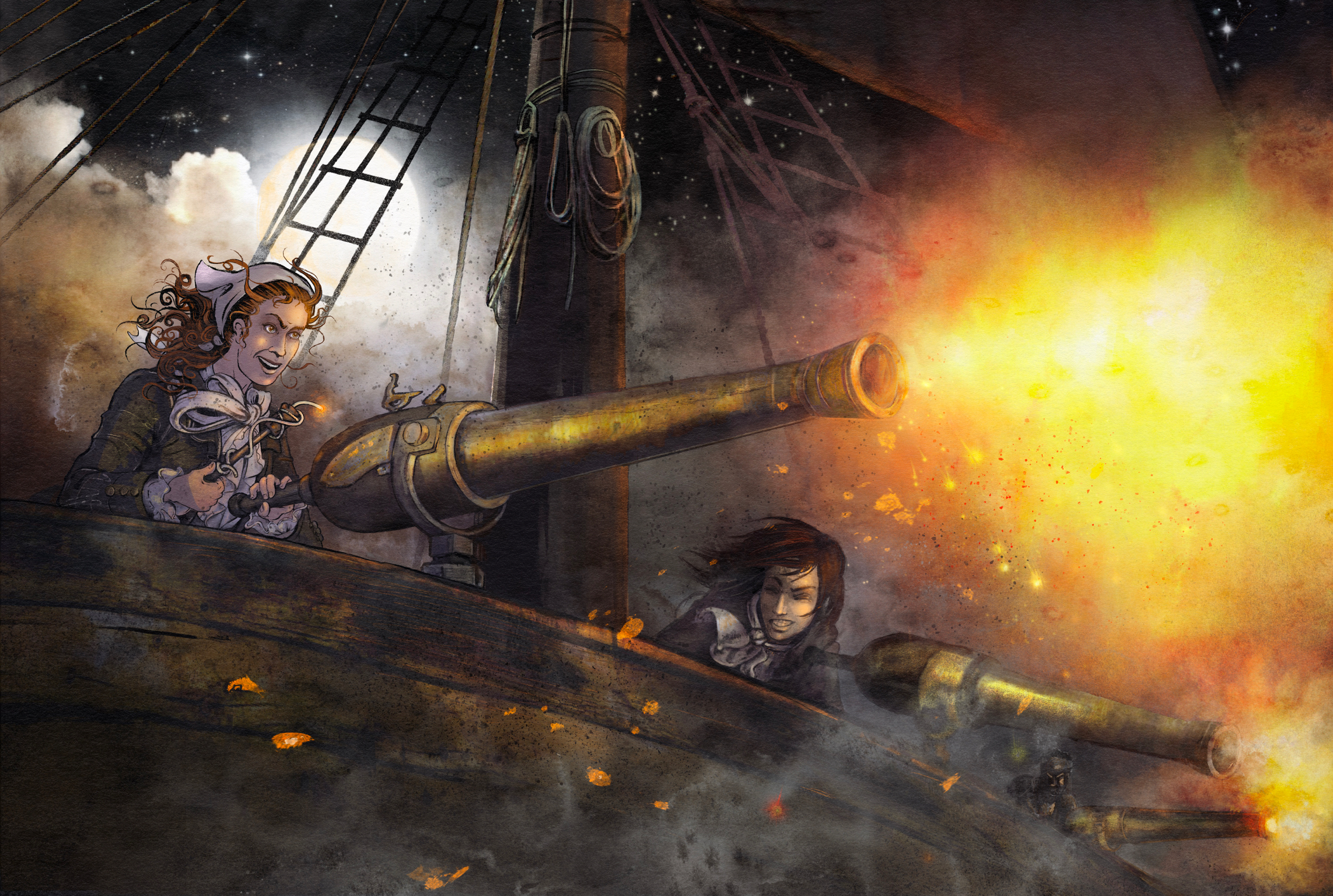 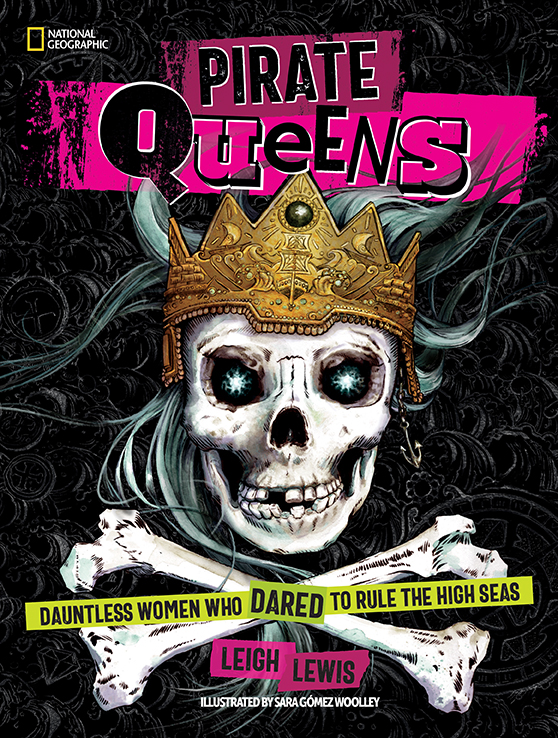 "For readers who want more herstory in history."
–Booklist

"…an ethnically inclusive selection of real-life women who commanded ships, wielded cutlasses, and struck fear into the hearts of others."
–Publishers Weekly

This wow-worthy book proves that women have been making their mark in all aspects of history―even the high seas!

Meet Ching Shih, a Chinese pirate who presided over a fleet of 80,000 men (by contrast, Blackbeard had some 300). Get the scoop on Anne Bonny who famously ran away from an arranged marriage to don trousers and brandish a pistol in the Bahamas. And there are more!

Each pirate profile includes a dramatic original poem presented against a backdrop of gorgeous full-color art by award-winning illustrator Sara Gómez Woolley. Each profile is followed by fascinating information about the real life and times of these daring (and dangerous!) women.

Vetted by the world’s leading pirate experts and historians, this book is a cool and edgy gift. It’s also perfect for any curious kid who dreams of adventure and for parents who are eager to show their tweens and teens that history is more diverse, daring, and surprising than what is typically found in textbooks. 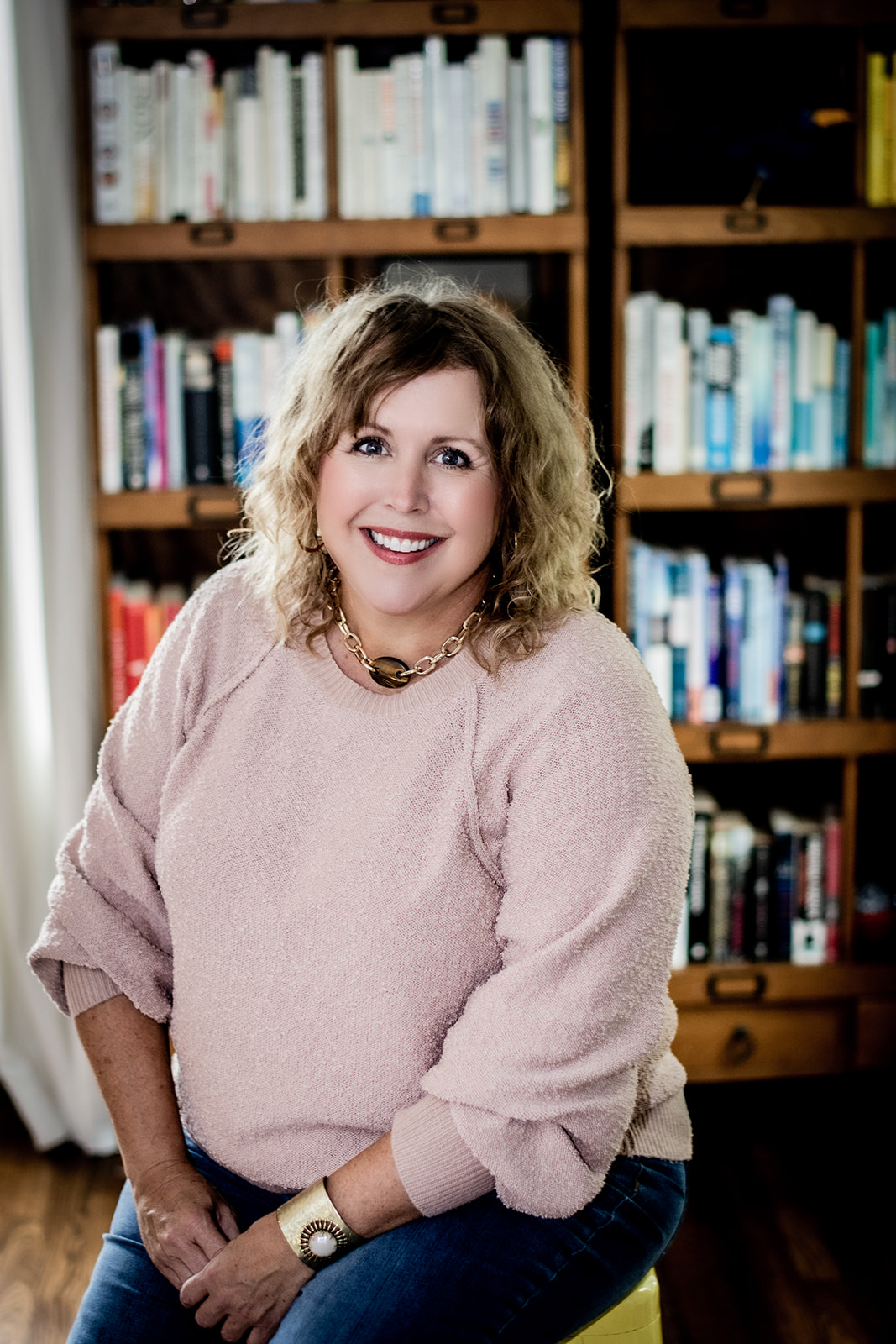 Leigh Lewis is a children's writer and poet who has been "playing pirates" since she could walk.  She does her best work in loud cafes, on long journeys, or in bed, late at night while everyone else sleeps. By way of her adventures on the high seas, she calls many places home, inlcuding Turkey, Greece, England, and Russia, as well as towns across the United States.  She eventually navigated her way back to her hometown of Columbus, Ohio.  Leigh spends her time there dreaming up stories for kids of all ages, buoyed by an amazing crew– her husband, their three indomitable daughters, and a four-inch turtle named Shellbert. 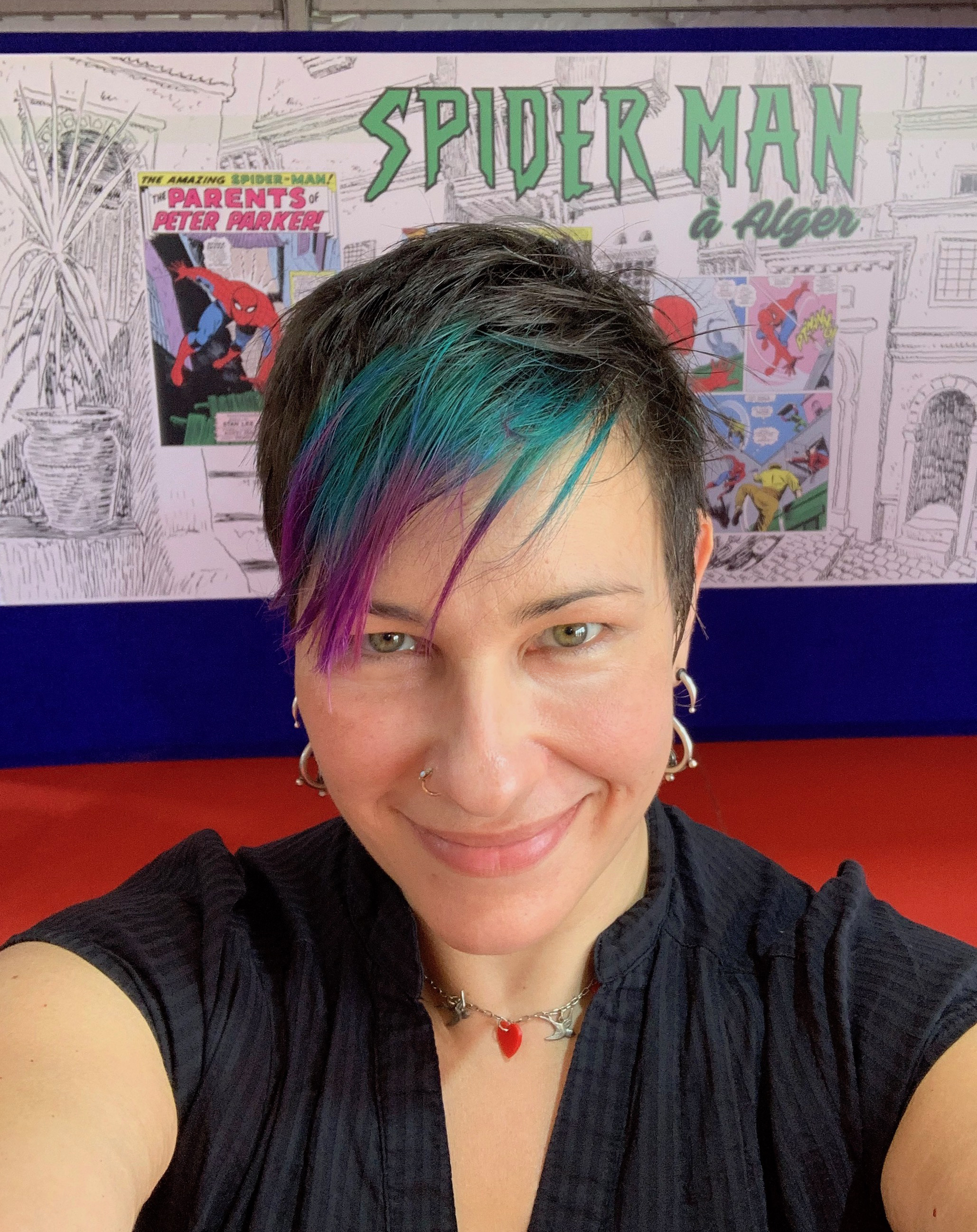 Sara Gómez Woolley is an award-winning Latina illustrator, graphic novelist, and educator living and working in Brooklyn, NY.  Her children's book Charlotte and the Quiet Place received a Foreword Reviews INDIES Book of the Year Gold Medal and an IPPY Award Silver Medal, and has been featured in Creative Quarterly: Journal of Art and Design. 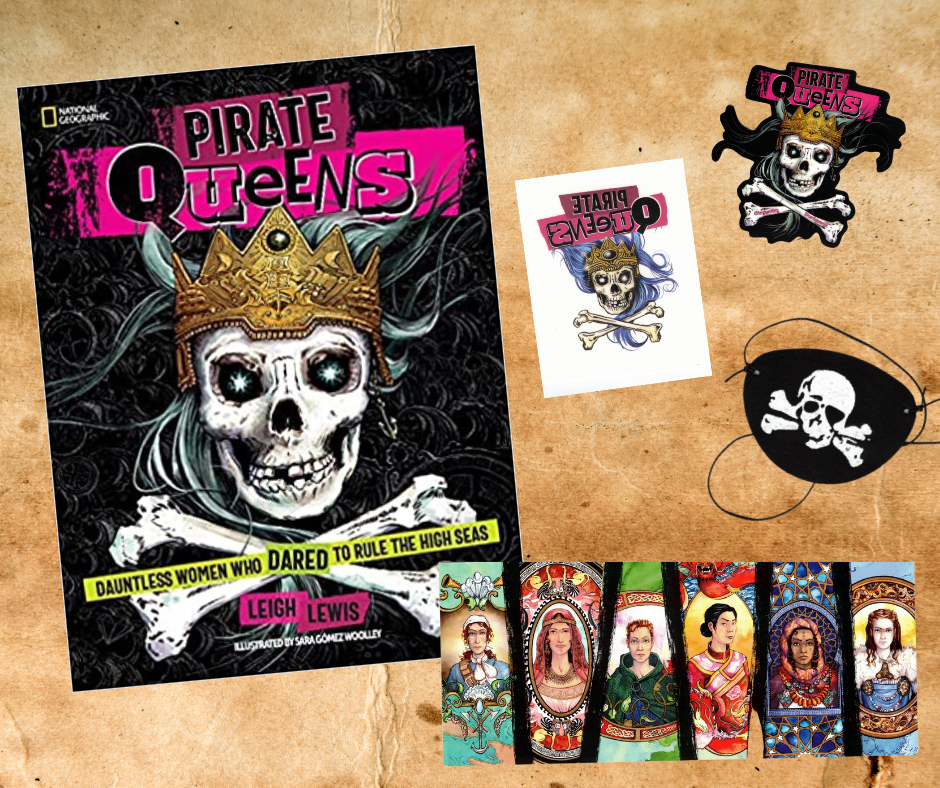 Interview With Jess Redman
Introduction: About You 3 Little Known or Interesting Things About…